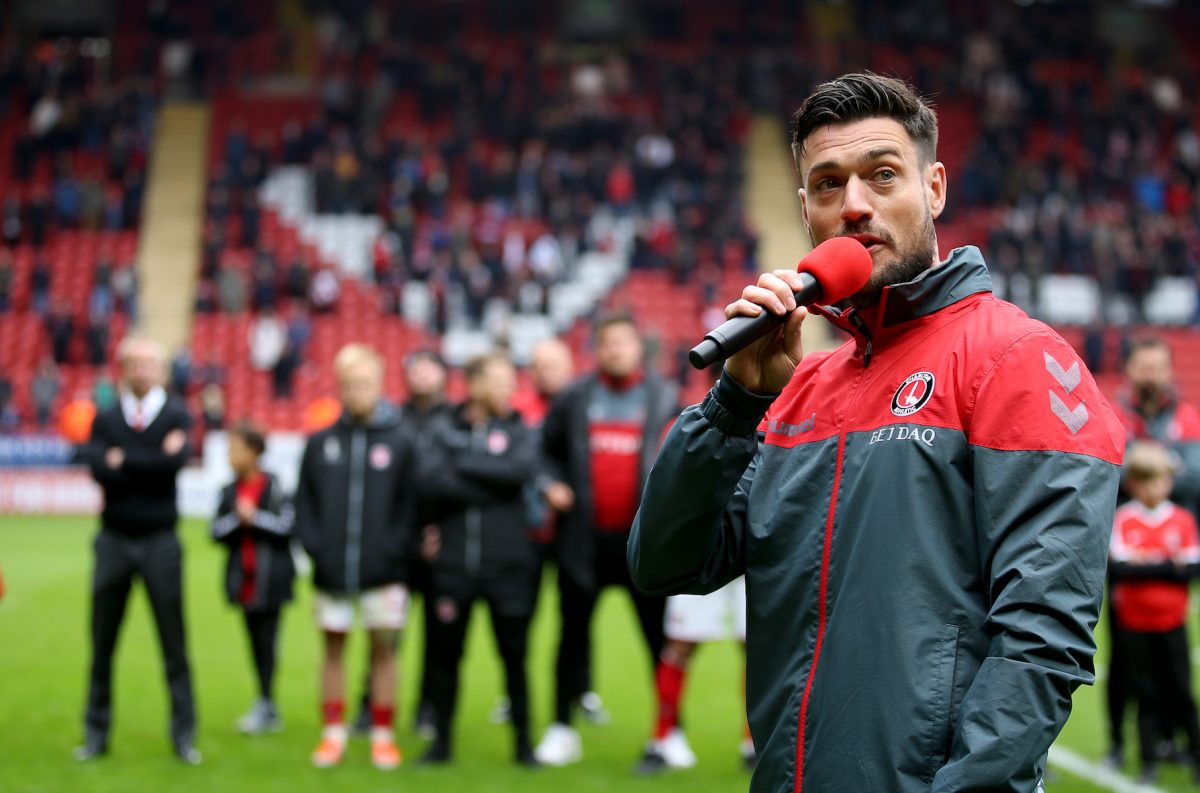 Johnnie Jackson admits he was worried he might let his emotions take over in his farewell address to Charlton Athletic fans last weekend.

The Addicks club captain, 35, was an unused substitute in the 1-0 victory over Blackburn Rovers and that would be his final time in the playing ranks if the club do not reach the play-offs.

Jackson, who has solely a coaching contract for next season, said: “You just hope you will keep it together. There is not anything wrong with getting emotional but I know what those lads are like – they would never let me live it down, in a nice way. They’d have battered me if I’d gone!

“That was what I was worried about when I got on the mic. My wife and kids were there and I wanted to try and hold it together. I got a little bit emotional at the start but managed to compose myself. I didn’t want to be a blabbering wreck where you don’t really say what you want to say.

“Hopefully it is not my last one and we reach the play-offs but I still took it that way. I knew it might be my last chance to say goodbye as a player. If there isn’t more matches it is a lovely send off.”

Jackson is on 498 career appearances but had missed the previous four matches with an Achilles injury.

His last game time came in the 4-1 loss at Peterborough on March 10.

“The state of the [Blackburn] game meant that sentiment had to take a back seat,” he explained. “If I’d been fully fit there is a case for me being used as a bit of experience to see the game out.

“But at that stage we were looking for Joe Aribo and fresh legs to get some pressure on the ball. It was the right call with me not really training a lot.

“If the Blackburn game had come two weeks ago I couldn’t even have gone on the bench, even if it had been for five minutes I wouldn’t have been able to run properly.

“Apart from not getting on, everything else was perfect. The Valley was full, it was rocking – the best atmosphere there has been in a good few years.

“From a selfish viewpoint if we had got beaten and Plymouth had won then going around clapping and addressing the crowd would have been a right dampener.

“I didn’t give coming on that much thought. I was just happy the result fell into place.”