The Addicks chief has usually favoured a 5-3-2 or 4-4-2 diamond formation since taking charge.

“I just went with that because I felt we’d go with something different after a couple of games with a couple of bad results,” said Bowyer. “We went with the diamond up at Huddersfield and their full-backs were hurting us.

“I just wanted to be a bit more flat and then I was hoping our wingers would make something happen. To be fair, Andre [Green] had a chance. Lyle [Taylor] had a chance, Andre did well in the build up, and I thought he could’ve gone with his head.

“Andre had a one-v-one but the defender got back and just blocked it. They are the situations you need something to happen and go for you. 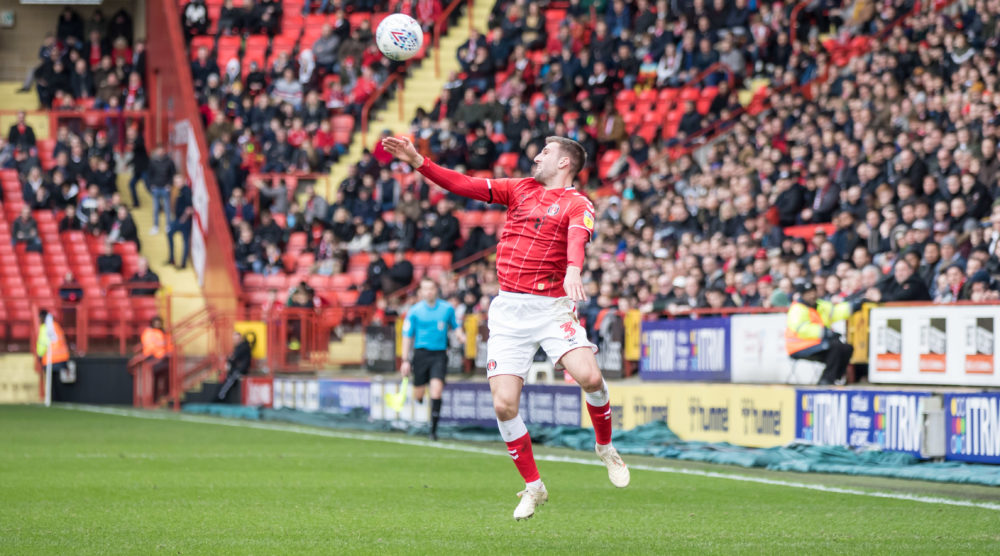 “We changed it again just before half time and went with a flat 4-4-2 and on the chances created in the second half – I’m talking clearcut chances – we were better than them. Macauley [Bonne] had two sitters really, a shot from five yards out and his header at the end.

“There were three very, very good second-half chances and we have to score at least one of them. I was disappointed to come away with nothing.”

Charlton looked nervous in the opening 45 minutes and lacked tempo in the six-pointer clash.

Ben Purrington was at fault for the Boro goal – passing the ball to Rudy Gestede, whose cross was turned home by Paddy McNair.

Asked about the left-back’s error, Bowyer said: “Maybe it was nervousness. He has been out for a bit, so maybe it was lack of game time.

“It could be a combination of things.

“But you can’t be giving a goal like that away – it’s hard enough as it is to win games without giving teams the lead.”