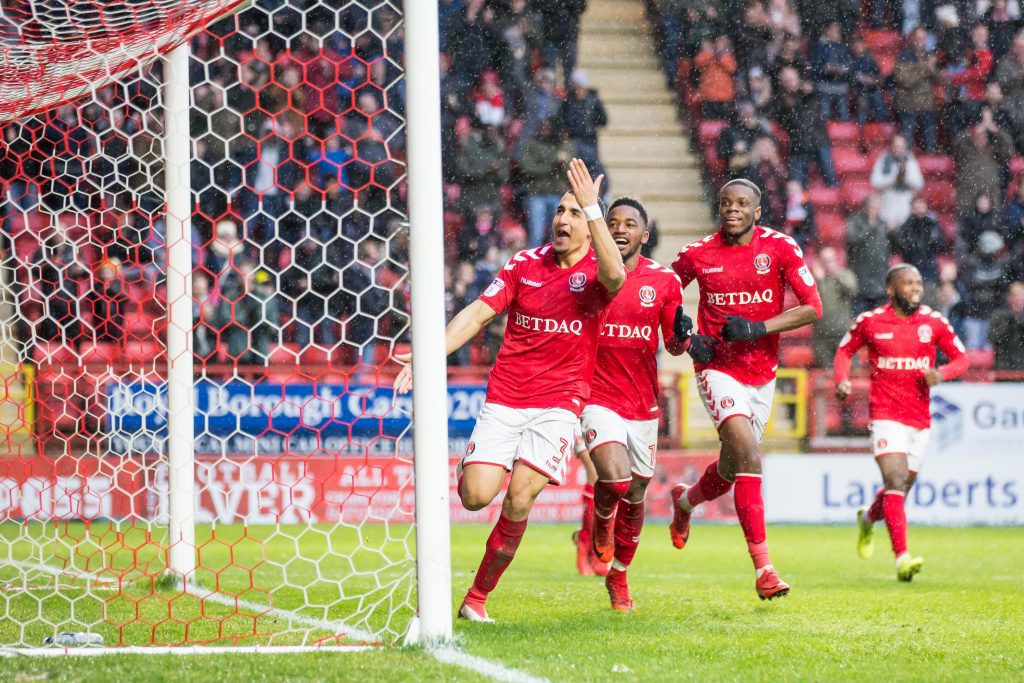 Ahmed Kashi wants to stay at Charlton Athletic – but the club’s takeover talks are postponing negotiations.

That is the verdict of Addicks manager Karl Robinson, who was only able to make loan signings at the end of the winter transfer window.

Charlton owner Roland Duchatelet is in negotiations to sell the South London club and director Richard Murray has told some members of staff that a sale could be concluded by the end of this month.

Algerian international Kashi, 29, is out of contract at the end of June but has successfully battled back from a long-standing heel problem to be a virtual ever-present in midfield this season. He scored his first goal of the campaign in Saturday’s 3-2 loss to Oxford United.

“He’s not looking to leave,” said Robinson. “He said to me ‘gaffer – let’s get promoted, let’s push to try and achieve our goals and then we’ll have a chat in the summer’.

“Obviously we’re in a predicament with the takeover situation. We’re not in a position to offer anything.

“It’s a very unique place to be. We can’t bring in permanent signings. It’s not an annoying thing, some people see it is as a positive in some ways.”

Asked if he was happy at the business conducted in the last transfer window – which saw the Addicks reject bids from Bolton for Josh Magennis and add wingers Sullay Kaikai and Michal Zyro from Crystal Palace and Wolves respectively on loan – Robinson said: “No, I’d have liked to bring one or two in [permanently].

“We had two players all lined up but we didn’t do it. Am I pleased with the loan signings? Yes. The window has been okay.

“When you look at teams like Scunthorpe and Blackburn, they did bring in a few permanent ones. It’s frustrating but we have to do what is right for the football club. I hope people can see that. We’ll just bat on accordingly.

“We’re still in a great position in the league, despite any negative stuff going on.”