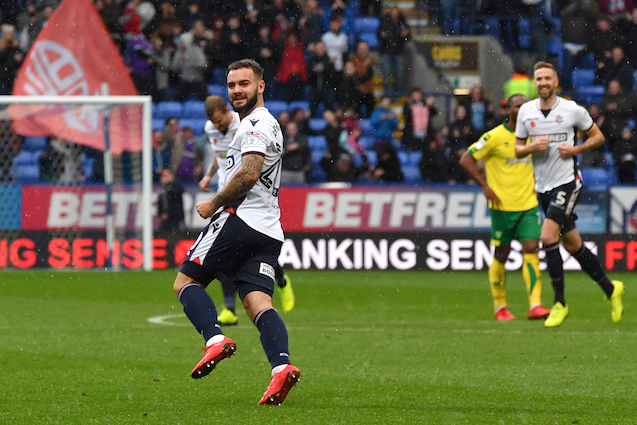 The Addicks chief also confirmed that Kieffer Moore was another potential signing – as we exclusively revealed in the South London Press.

Armstrong spent the first half of the season on loan with Bolton Wanderers and scored 20 goals for Coventry City in the 2015-16 campaign.

“You know what I’m fuming at again? We need a striker. We need to score more goals. You can’t keep relying on the same person – he needs a break. We’ve had 60 per cent possession, 23-25 shots and scored one goal.

“I’m sure you guys must be writing the same articles ‘Charlton were the better team – should be taking their chances’.

“That’s almost what it is, week in week out.”

When asked if there was light at the end of tunnel for incoming deals, Robinson replied: “No.

“We know there have been people here and people talking to different people. The decision will lie with the owner fundamentally when that come along.

“In the meantime it is business as usual, in some ways.

“Adam Armstrong has gone today. He’s one [that he wanted]. Moore’s gone to Barnsley. There’s a number of strikers that seem to be getting knocked off the list. That’s the frustrating bit. That’s out of my control.”