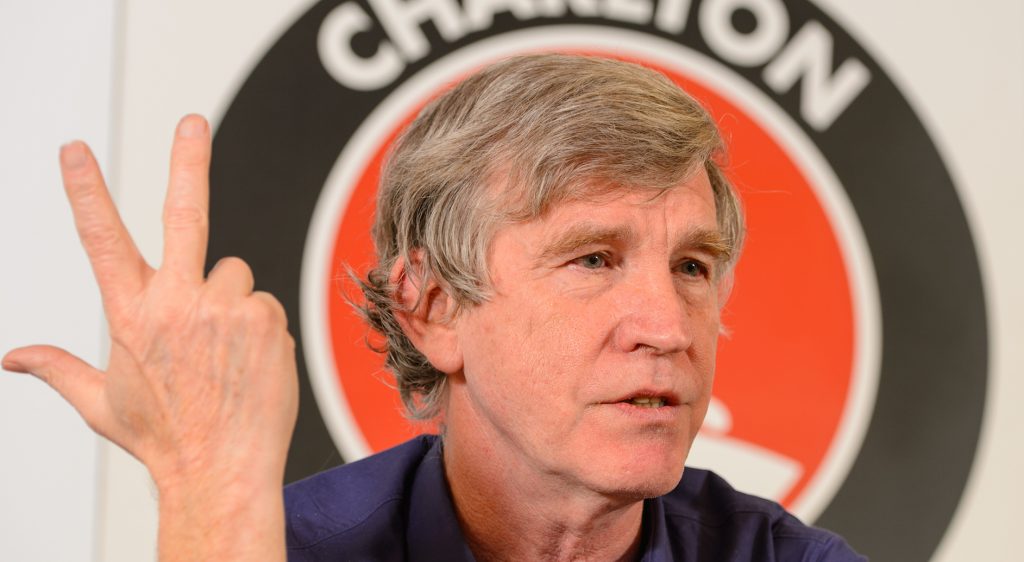 Charlton owner Roland Duchatelet has confirmed publicly for the first time that he is open to selling the South London club.

The Belgian multi-millionaire had his “network” of football clubs when he bought the Addicks at the start of 2014 but has since offloaded Standard Liege and Sint-Truiden.

The South London Press had been told of fresh takeover interest in recent months – but Charlton have always privately played down any claims that a buyout is at an advanced stage.

The club have also maintained that Keith Harris is not tasked with helping to line up a sale deal, despite his reputation in that field.

Australian Andrew Muir is understood to be pursuing a deal for the League One club but the price – always a sticking point with Duchatelet valuing it higher than it’s current footballing status – is going to be key in any negotiations.

Duchatelet’s comments about being ready to listen to offers could be seen as an indicator that takeover talks are at an advanced stage.

He said: “I have not decided anything, I am open to possible offers, I will take the time to think, but contrary to popular belief I have not made any money from football, this rarely happens for investors, those who say otherwise are wrong.

“It’s not that I’m fed up, I have other activities and my age.

“Actually, I wanted to leave football after the sale of the Standard Liège. Football is an exciting world, but very complex: there is a lot of underground influences, we decide a lot about emotions, we make and break your image on the basis of rumours, social networks create real background slides that are difficult to answer.

“It was an interesting experience and I learned a lot about how social media have an impact on the psychology of masses and how they can influence decisions which affect many people.”

Duchatelet bought Charlton as a Championship side but some disastrous recruitment – some of it involving players coming into the English game from other clubs under his umbrella – plus a succession of underperforming head coaches from overseas – saw their relegation confirmed in April 2016.

They finished mid-table last season as the Addicks went down a different route of bringing in English managers – giving that title for the first time since Chris Powell was sacked – and also focusing on signing players already in the domestic game.