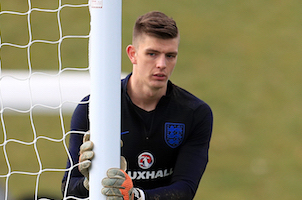 Nick Pope’s fairytale rise to the England squad has been a surprise – and that has potentially hit Charlton in the pocket.

The 25-year-old was signed by the Addicks from non-league Bury Town in 2011. He was sold to Burnley at the end of the 2015-16 season after the South London club lost their Championship status.

Pope’s performances for the Clarets have earned an England call-up for friendlies against Holland and Italy.

But the South London Press has been told that Charlton did not insert any clauses in his deal triggering extra payments for international games, unlike when negotiating the sales of Joe Gomez and Ademola Lookman.