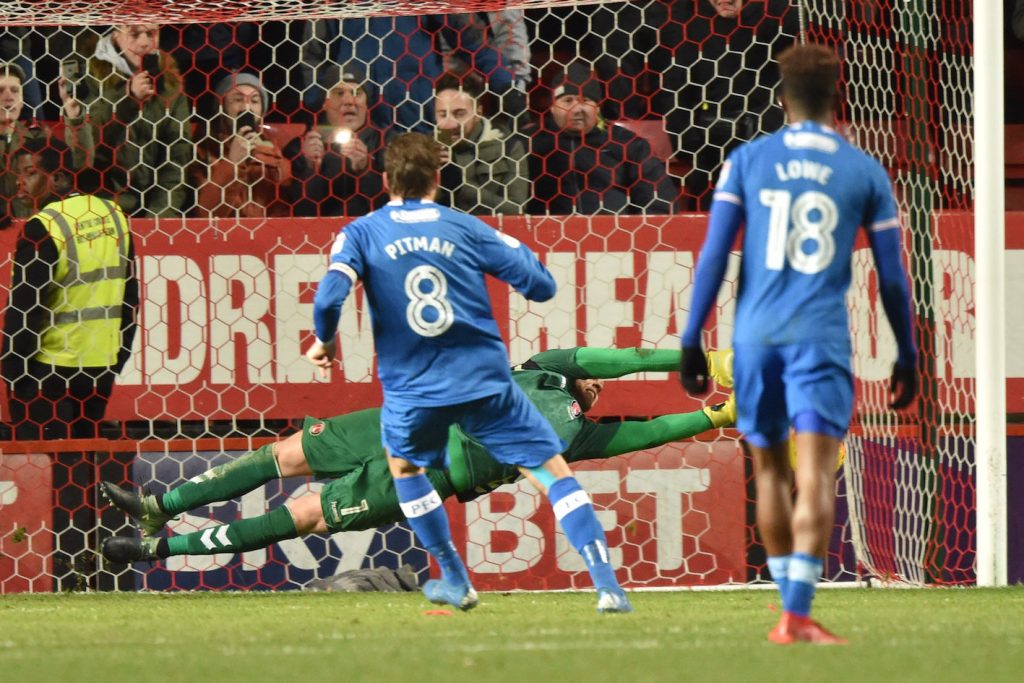 The biggest Valley crowd of the season turned up to celebrate Charlton Athletic’s 25th anniversary of returning to their SE7 home – but the side failed to deliver a performance befitting of the occasion.

Josh Magennis’ own goal early in the second half saw the Addicks make it one win in five League One games. And their lack of a cutting edge, in front of a crowd of 16,361, is a concern.

Portsmouth could have made sure of the result earlier if Ben Amos had not made a terrific save from Brett Pitman’s penalty.

The first 45 minutes was anything but a classic. Charlton struggled to get cohesion to their play with the balls won by Josh Magennis rarely straying into a team-mate’s path.

We waited 26 minutes for the first serious chance. Ben Amos tipped a Gareth Evans strike – travelling at pace – over his crossbar.

Luke McGee made a similar save down the other end from Ricky Holmes after a driving run by Jay Dasilva, not his first of the contest.

Chris Solly made an impeccably-timed block on Conor Chaplin’s shot as Pompey broke with bad intentions, the follow-up shot deflecting wide for a corner.

McGee unconvincingly dealt with a looping Dasilva shot as Charlton created a few openings – Joe Aribo heading a Holmes’ corner narrowly across the face of goal while Mark Marshall’s shot clipped off Matt Clarke and over.

Portsmouth took the lead in the 47th minute. Gareth Evans put in a dangerous low free-kick and Magennis could only turn into his own net.

Pitman fired narrowly over with an effort from Brandon Haunstrup’s low cross before Chris Solly’s pull on the wily centre-forward was penalised. But Amos guessed right to dive low to his left and push the ball away.

It took until the 89th minute for Charlton to muster an effort on target. Chris Solly’s cross was met by Leon Best but McGee was equal to the effort as he pushed it away.

The Addicks were crying out for quality from their offensive players, but they could not deliver it.

Charlton stay in the play-off places despite suffering a fifth reverse of the League One campaign.