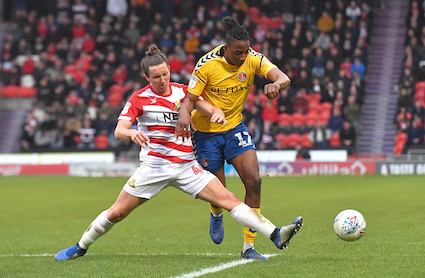 Lee Bowyer has revealed that Charlton Athletic are set for contract talks this week with Joe Aribo.

The midfield talent is due to be a free agent at the end of June, although the Addicks would still be liable for compensation as he is under the age of 24.

Charlton manager Bowyer has made confident noises about keeping Camberwell-born Aribo, who was linked with a move to the Bundesliga in January.

But the Addicks chief previously admitted the 22-year-old’s knee injury, which ruled him out during the last transfer window, perhaps prevented him being the subject of bids.

“We are having a meeting with Joe and his agent later on in the week,” said Bowyer. “So we’ll see how that goes.”