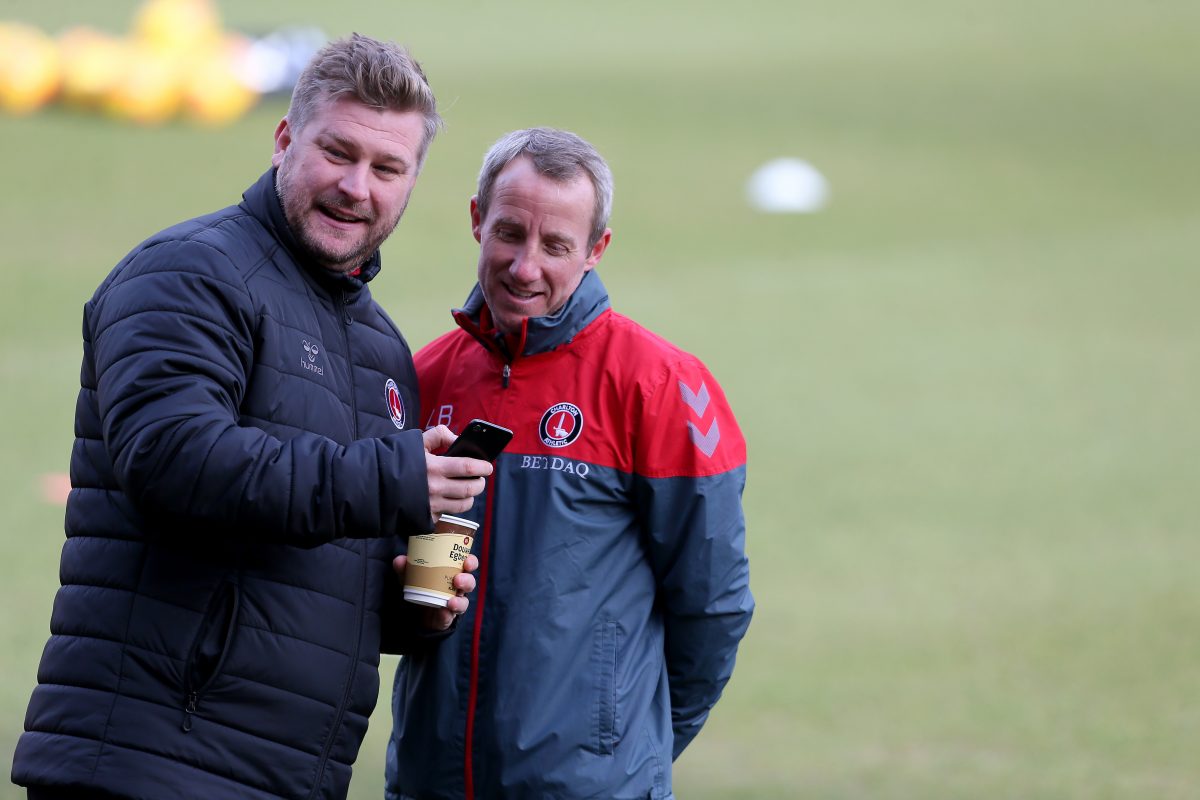 The Addicks have a crunch League One clash against fellow play-off rivals this weekend and Robinson’s career as manager looked over from the point that news broke he had twice offered his resignation to owner Roland Duchatelet.

The Liverpudlian is expected to join Oxford United, who have been without a manager since mid-January.

Talks about Robinson’s exit cranked fully into gear on Tuesday. He had become increasingly critical of the lack of major investment in his playing squad during the January transfer window, when star winger Ricky Holmes was sold to Sheffield United.

And now it will fall to Bowyer and Jackson – both with heavy playing links with the Addicks – to try and engineer a win over Argyle. The League One match is hugely significant as a defeat could leave them with a huge task in terms of salavaging a play-off place, the minimum target for the campaign.

Robinson is the longest-serving manager under Duchatelet’s hugely unpopular reign. But the Belgian is unlikely to make any permanent appointment as he continues talks to try and sell the South London club.

Bowyer and Jackson, both only brought onto the coaching staff this season and without a huge background on that side, now need results – and almost instantly – to ensure Charlton’s campaign does not fizzle out.