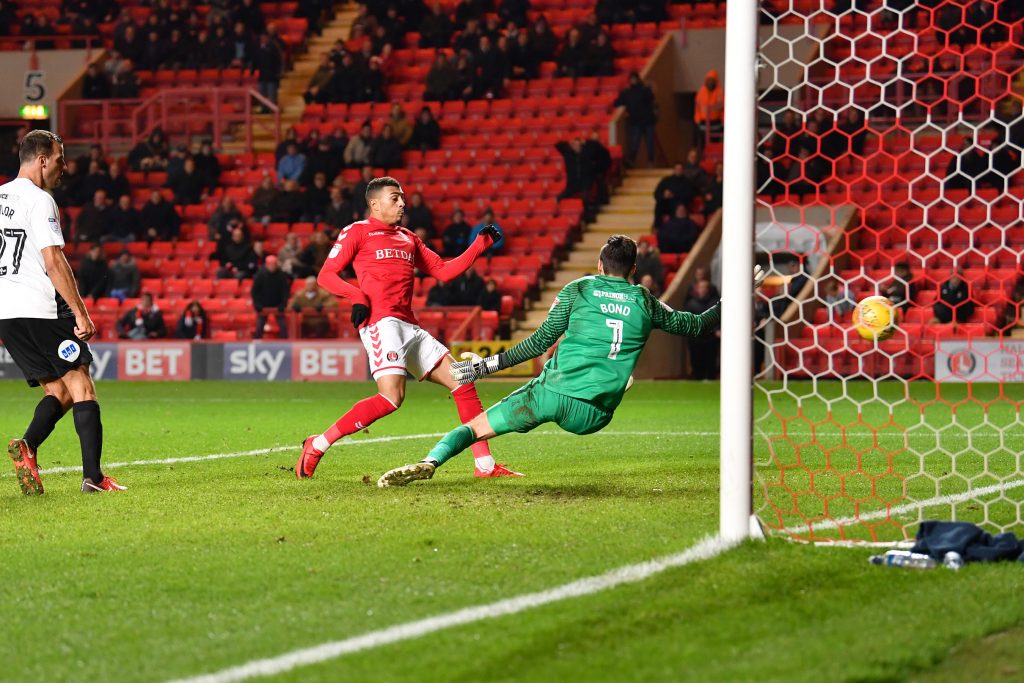 As no less a football sage than Ian Holloway declared on Monday night “It’s not over till it’s over!” He was gloating over QPR’s extraordinary added time comeback against local rivals Brentford but took time out to chastise those faint-hearted Rangers supporters who fled the scene before the final whistle. “They never learn, do they?”, he added with some asperity

Holloway’s advice fell on more than a few deaf ears at The Valley twenty four hours later as Charlton entered four minutes of added time trailing Peterborough 2-0. “We can see you sneaking out” mocked the travelling Posh as the sheepish exodus began. It looked highly unlikely that lightning would strike twice but that’s exactly what it did.

The injury-sapped Addicks were down and almost out as Jake Forster-Caskey surged into the visitors’s penalty area and was unceremoniously chopped down by Gwion Edwards. Charlton’s first penalty of the season, efficiently converted by Ricky Holmes, appeared to be no more than a consolation but clearly put the frighteners up the visitors. After Posh skipper Anthony Grant was booked for clinging to the ball like a drowning man clutching a lifebelt, there was still time for an all-or-nothing assault wave to engulf his shaken side.

Holmes had endured a frustrating evening, with cross after cross either blocked or wayward. As early as the 4th minute, he took Forster-Caskey’s short corner, cut in from the left and hit a blistering shot which beat Jonathan Bond but was heroically headed off the line by Grant. His persistent solo runs had ended in cul-de-sacs of his own making or were swallowed up by a posse of defenders. Nothing worked for him but, as always, he refused to quit.

Finding space on the left flank, the energetic winger chipped one last ball into Peterborough’s crowded penalty area. Naby Sarr managed a headed knock-down and there was substitute Karlan Ahearne-Grant pouncing to turn a last-gasp equaliser past Bond. Only the hardest of hearts would begrudge the 20 year-old perennial bench warmer his moment of glory. His second league goal for the club was expertly poached and might well lead to more from a player clearly bereft of confidence.

Charlton’s stirring rally only partly redeemed the 90 shabby minutes which preceded it. To a chorus of growing discontent from a surprisingly healthy crowd of 9,532 frozen souls, their performance was lifeless, spineless and clueless. Soon after Grant’s goalline intervention had rescued Posh. they were indebted themselves to the alertness of Ben Amos, who left his line to face Jack Marriott after Ezri Konsa’s hesitation allowed the striker through, stood firm and blocked his point-blank shot. Amos’ save was first-class but won the Addicks only a temporary reprieve. Four minutes later, they were behind.

Such an assured presence earlier in the season, Ahmed Kashi has struggled recently to maintain his commanding form. Possibly over-eager to re-establish his authority, his challenge on Marcus Maddison was reckless and given Maddison’s setpiece expertise, also ill-advised. Scorer of a wonder goal against Charlton last season, the left-footed midfielder delivered a wickedly bent free kick, which eluded Marriott but was crashed into the net by Edwards at the far post.

Fine saves from Bond denied Forster-Caskey and Mark Marshall before the interval, while Edwards’ last ditch clearance whisked Josh Magennis’ accurate cross off Jay Dasilva’s head. Alongside the wholehearted Northern Irishman, Leon Best’s contribution was low-key and it was the debutant loanee who fatefully gave way to Ahearne-Grant with 20 minutes left.

Earlier in the half, Charlton’s injury list had swelled with the limping withdrawal of centre back Patrick Bauer. His coolly impressive replacement Anfernee Dijksteel, taking over at right back with Konsa filling in for Bauer, undoubtedly eased Karl Robinson’s concerns over the possible absence of skipper Chris Solly, who missed this match. Like Ahearne-Grant, young Dijksteel has been handed a chance to stake a claim for first-team inclusion.

Mere minutes after Bauer departed, the Addicks’ fate appeared sealed by a second Posh goal. Involved in all the key moments, Edwards supplied an inviting centre from the right which Marriott swept first-time across Amos and neatly inside the far post. The first trickle of malcontented leavers began to fill the exits though, to be fair, few of the faithful remainers held out genuine hope of the dramatic developments they were about to witness. It just goes to show… it really ain’t all over till it’s over. Just like Ollie said it ain’t.