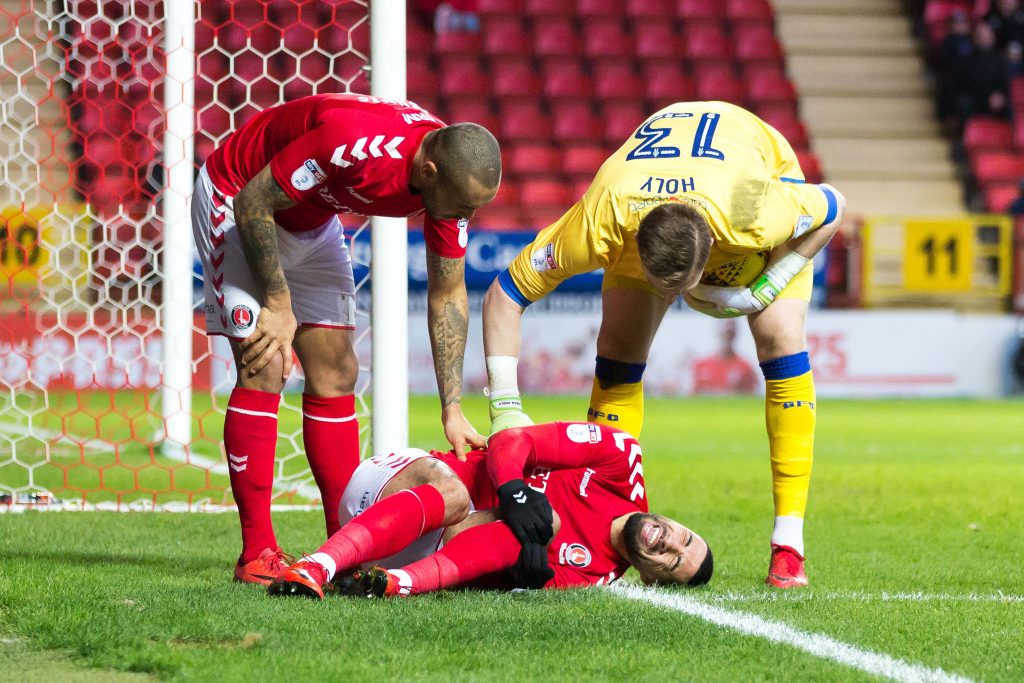 Leon Best is set to discover the full extent of his knee injury in the next couple of days – but Charlton Athletic boss Karl Robinson has described it as “a bad one”.

The striker is only on a short-term deal until towards the end of this month.

He was a half-time change by the Addicks in today’s 2-1 defeat to Gillingham. Best was tackled as he went to shoot and only lasted seven second-half minutes.

“It’s not good,” said Robinson. “The tackle was horrendous.

“When you get a contact injury you have got to wait 48 hours for it to settle down. Then you can scan it and we’ll get a bit more clarity. But he has had knee problems and had a cruciate on that knee as well. At the moment he is in tremendous pain.

“It should have been a penalty [for the tackle on Best] and the second goal was offside. I don’t want them to be the headlines – we haven’t played well in the first half. We missed five glaring opportunities in the second half.

“We just don’t score enough goals. The fluidity we had with Tariqe [Fosu], he has been a bigger loss than we first thought.”

Jake Forster-Caskey was replaced at half-time after suffering a hamstring injury. He had missed the last two fixtures with a calf strain.