Charlton Athletic Sport
5th October 20184th October 2018 Nicola Graham-Simms 0 Comments
SCUNTHORPE 5
Goode 3 Bortwick-Jackson 30, 38 Morris 73 pen Humphrys 90+3
CHARLTON 3
Taylor 18 Aribo 22, 69
BY KEVIN NOLAN AT GLANFORD PARK
This chaotic, see-saw slugfest in North Lincolnshire brought to an end Charlton’s six-game unbeaten streak and exposed, for the second time in three days on the road, their alarming defensive frailty.
There were times during the gung-ho exchanges when they had bewildered Scunthorpe at their mercy; there were also times when that mercy was self-indulgently extended to their stricken victims.

Where a killer instinct was required, it was regularly turned inwards. This game wasn’t lost. It was thrown away by the Addicks. 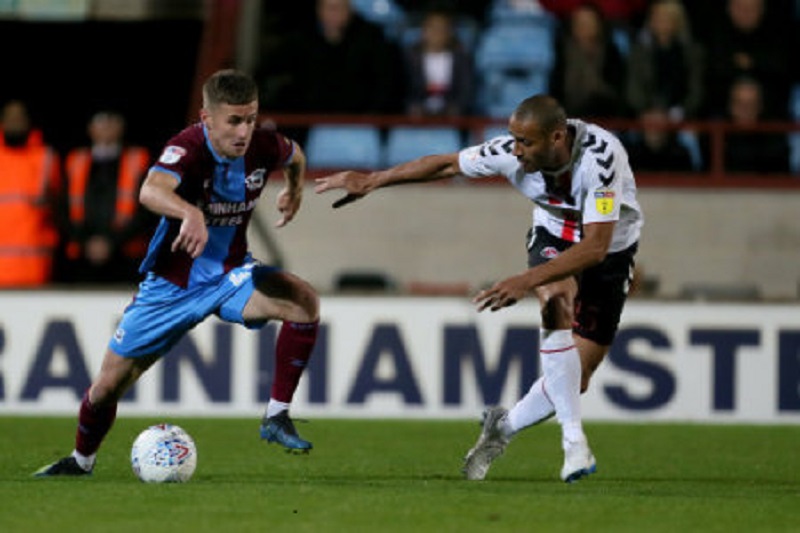 The problems began as early as the third minute with Ryan Colclough’s left wing corner causing misunderstanding between Chris Solly and Jed Steer and finding its way into the bottom right corner, helped there by the faintest of touches from Charlie Goode.
The messy opener set the tone for the riotous, if entertaining, bill of fare which followed in its wake.
There was further bad news awaiting the visitors in the immediate aftermath of Goode’s goal, as Lewis Page limped painfully off, to be replaced by Anfernee Dijksteel.

With Solly switched to left-back and two left-sided centre-backs in Jason Pearce and Naby Sarr, cracks rippled through the Addicks’ misshapen rearguard like fissures in earthquake territory.

The same disintegration which undid them at Luton again proved their undoing, with Page set to join Patrick Bauer and Kristian Bielik in the New Eltham treatment room. Lee Bowyer’s already furrowed brow was increased by one or two new wrinkles.
Up front, meanwhile, there were no such weaknesses, where Lyle Taylor and, to a lesser extent Karlan Grant, terrorised Scunthorpe’s less than Iron defence.
Taylor was unplayable, his pace and touch impeccable – the underhit pass to Dijksteel, which led indirectly to United’s third goal, a solitary blemish on an otherwise flawless performance.

His waspish drive forced a plunging save from Jak Alnwick, with Grant wastefully steering the rebound off target.

It was inevitably Taylor who equalised with a close-range header after Sarr nodded on Josh Cullen’s inswinging corner.

With the bit firmly between his teeth, the pink-topped marauder continued to pick the Iron apart. Ghosting past a mesmerised Jordan Clarke on the left flank, his precise cutback was deflected home by the onrushing Joe Aribo to complete the first twist in a rock ‘n’ roll evening. 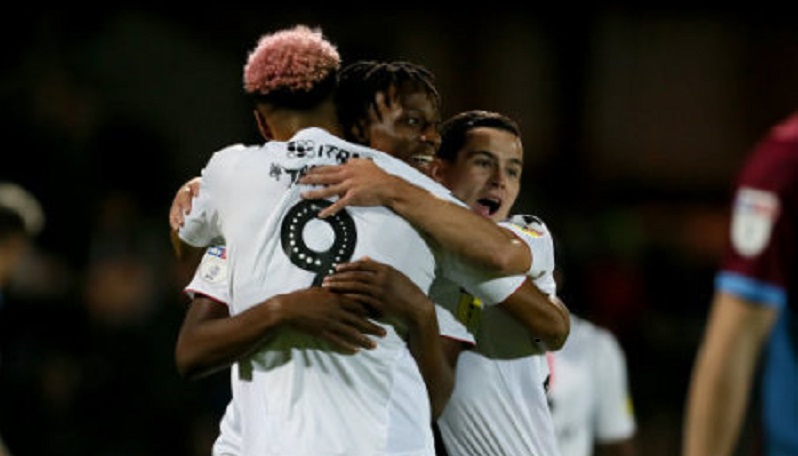 It was now Scunny’s turn to fight back and time for young left-back Cameron Borthwick-Jackson (his very name evoking nostalgia for tuck shops and the old school tie) to step forward with his first and second professional goals.
Both were fine strikes, the first of them blasting Colclough’s partially cleared corner, helped by a treacherous deflection, into the top right corner. Before the break, he restored his side’s lead by dispatching Stephen Humphry’s pass more cleanly into the same corner.
Between Borthwick-Jackson’s strikes, more magic from Taylor had sent Grant through the right channel, where he skilfully dumped Funso Ojo on his posterior but shot against Alnwick at close range.

A squared pass to the unmarked Aribo was a better option.

It’s safe to assume that Bowyer’s interval address was both pithy and personal. The chastened Addicks re-emerged a full three minutes before their hosts, duly pulled themselves together and took over.

Taylor was straining inches away from making contact with Grant’s raking low cross before Tarique Fosu picked up Taylor’s lay-off, beat Alnwick all ends up but saw his ferocious drive rebound to safety off the right post.

The pressure eventually paid off as Fosu and Taylor combined to set up Aribo to softshoe through token resistance before nonchalantly passing Charlton’s second equaliser into Alnwick’s gaping net.
At 3-3, the South Londoners seemed poised to complete an uphill victory. Instead they were stunned by the harsh decision made by referee Darren Drysdale, with vital input from his nosey assistant Wade Smith, that Pearce had handled inside the penalty area.

Sureshot Josh Morris kept his head amid impassioned protest and tucked away the spot-kick with practised ease.

At the opposite end, Dijksteel was sent tumbling with Drysdale unmoved by Charlton’s clamorous appeals for a penalty before, almost as an afterthought, Humphrys tapped home George Thomas’ low cross in added time to add gratuitous injury to Charlton’s keenly felt insult.
With mid-table Coventry City due at The Valley tomorrow, Bowyer’s men have an opportunity to get back on track after this potentially demoralising defeat.

In the interest of balance, he might consider trusting youth product Jamie Mascoll at left-back, restoring Solly to his natural side and praying that Bielik is ready for a long overdue return to action.

Weakened at the back, sound in midfield where Cullen, Aribo and substitute Ben Reeves worked prodigiously and lightning quick up front, Charlton might be forced into adopting a freewheeling philosophy whereby “you score one, we’ll score two etc” becomes temporarily the watchword.

And on that note, Bowyer might be persuaded to bin the so fashionable but tedious policy of building up from the back which, at Glanford Park, tied them in embarrassing knots on more than one occasion.

With greyhounds like Taylor, Grant, Fosu and Aribo up front, it makes sense to get the ball upfield to them without all that horsing around. One man’s long ball can be another man’s long pass.
Play it over the top or down the flanks to these speedsters and there isn’t a League One defender you’d back in a footrace against them. And while we’re at it, Dillon Phillips deserves another go in goal.
Charlton Athletic (4-4-2): Steer 5, Solly 5, Pearce 6, Sarr 5, Page (Dijksteel 5,5), Pratley 5 (Reeves 52,7), Aribo 8, Cullen 8, Fosu 7, Grant 6 (Vetokele 83), Taylor 9. Not used: Phillips, Morgan, Lapslie, Ajose.