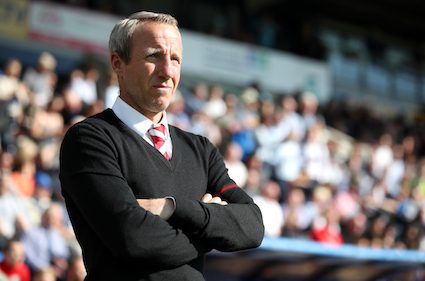 Lee Bowyer could be about to make his first signings as Charlton Athletic caretaker boss – admitting two deals are “very close”.

The Addicks manager told the South London Press recently that he was fine with owner Roland Duchatelet moving on five of the squad provided he could land four of his prime targets.

And Charlton could be set to make a breakthrough today.

Bowyer said: “We are very close with two.

“Very, very close – I’ve literally just spoken to an agent now, funny enough he is a friend of mine – I played with him before.

“We are trying to push that one through. It’s the main two I am looking to complete. They have been a big push for the last week or so.

“We’re definitely close. There is another club interested in one of them. I’m trying to pull any small strings – I’m trying the mate thing and everything with the agent!

“It will be the player’s decision. We can’t control that. We can only offer what we can offer and the other team will offer what they can offer.

“By the end of today we should know if he is coming to us or going to them.”