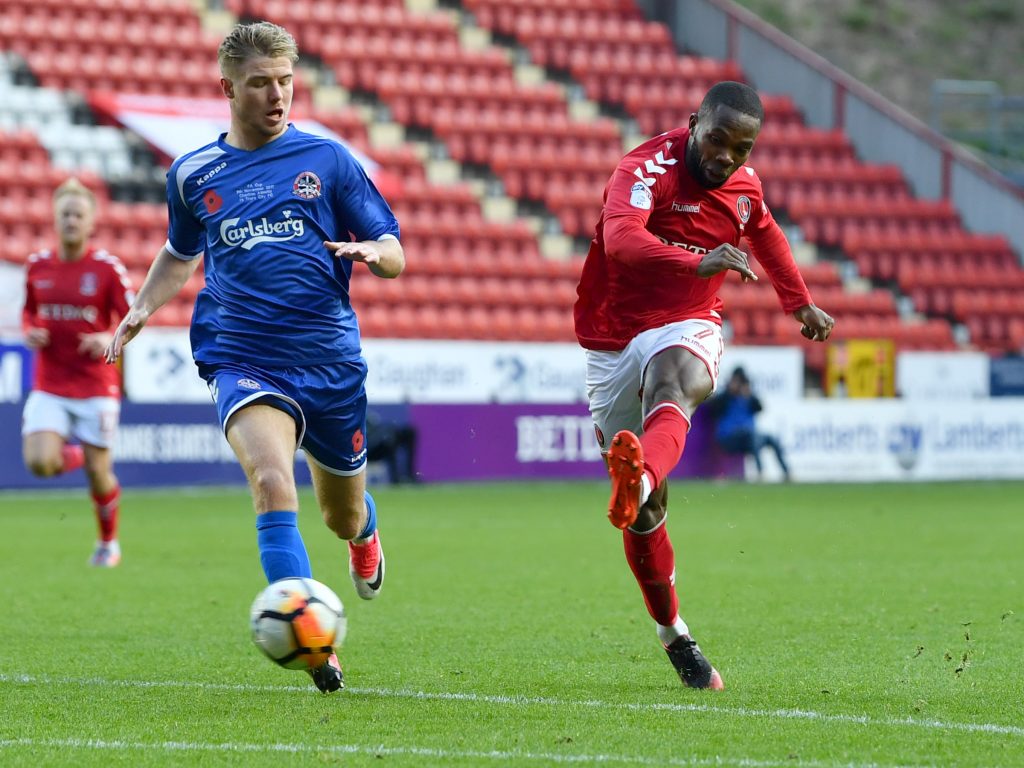 The former Bradford City man was snapped up by Addicks boss Karl Robinson on a free after he rejected a new contract at Valley Parade – and the 30-year-old said that linking up with a club he grew up just miles away from was an easy decision to make.

“I had quite a few [offers],” revealed Marshall.

“But obviously with the size of the club and growing up in Deptford, it was but a dream when I was a kid to come and play for Charlton. I thought it was an opportunity to come back home. It’s a massive club with massive potential and if I could come here and help the club to move in the right direction – the manager spoke to me and told me what he wanted to do and I was convinced. It was a no-brainer.

“I had a few Championship offers that weren’t secure. I had loads of secure League One offers but when someone makes you feel wanted, you’ve got to go where you’re wanted. I felt like this is where I was wanted the most. I thought I’m not going to wait around for things that might not happen, I just jumped at the opportunity.”

Marshall has been side-lined through injury for a large chunk of the campaign, during which fellow summer-signing Tariqe Fosu has cemented his place in the side after some impressive performances.

Marshall welcomes the battle for first-team places amongst the squad as he makes his return to contention.

“It’s good. Competition is always healthy. I knew that I was never going to be guaranteed a place. If I came here with that attitude, on my path that wouldn’t be good. Nothing is guaranteed, you’ve got to work hard.

“I’m happy for [Fosu], he’s working hard and that’s just another challenge for myself to come back to try and do well. Whether it’s coming off the bench or starting. Whenever I’m required to play I need to go out there and give my all to help the team.

“At every level of football or at any work in life there’s always going to be competition. There’s always people trying to take your position so you’ve just got to try and maintain your standards and hopefully you can bring to the table and keep your place.

“Beyond the facilities and everything that’s available at the club, I think we’ve got a good team spirit and a good manager. You’ve seen that start that we’ve got off to with a few injuries like myself, Ben Reeves, Jason Pearce. I think once you get everything fit, that can only put us in a stronger position to get to where we want to go.”