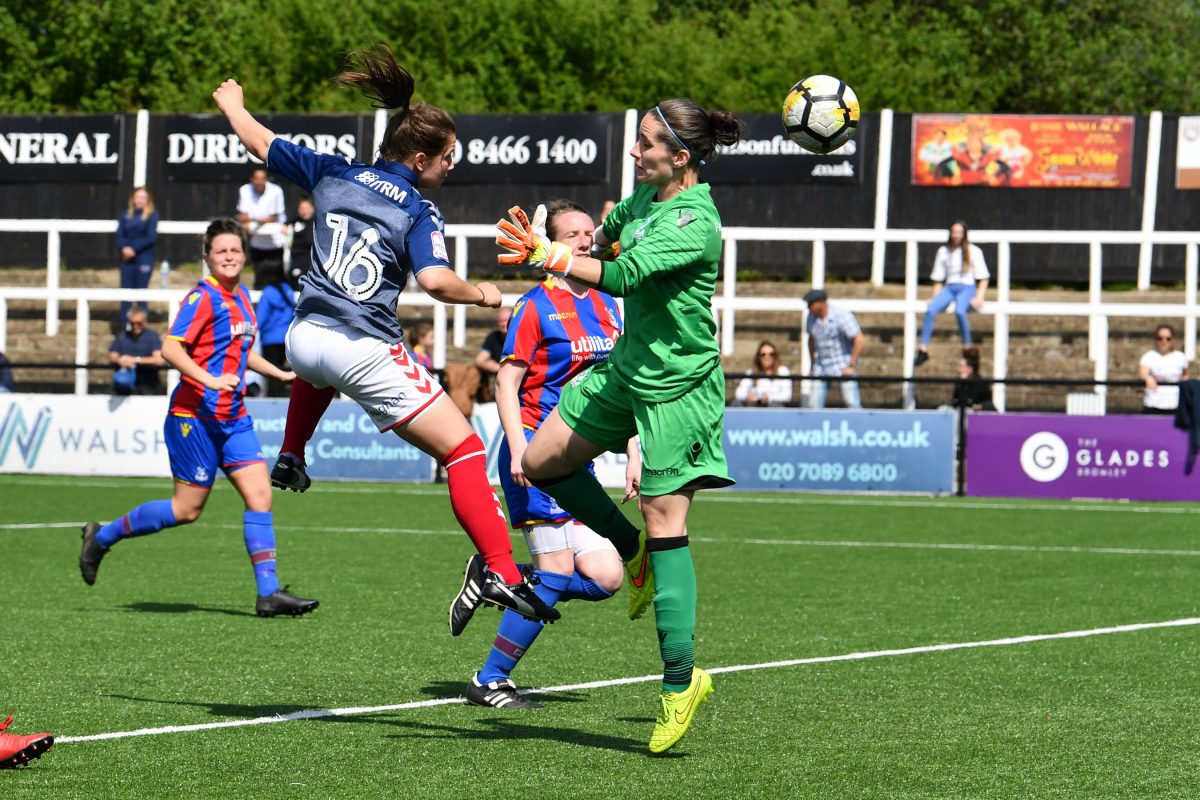 Charlton Athletic Women clinched the FA WPL Southern Division title on Sunday – and will now face Blackburn Rovers in a play-off to decide who gets promoted.

Kit Graham scored all four goals for the Addicks – to take her career haul for the South London club to 200 – as they won heavily at Crystal Palace Ladies.

The prolific striker had her hat-trick on 51 minutes as she struck from the edge of the box before adding a fourth just seven minutes later.

Charlton still have two matches to play but C&K Basildon and the Eagles – two and four points behind respectively – have completed their fixtures.

The Addicks are at home to Gillingham Ladies tomorrow before hosting Chichester Ladies on May 20.

Charlton will take on Northern Division champions Blackburn Rovers on May 27 at Sheffield United’s Bramall Lane. The victor will be promoted to the new-look Championship next season.