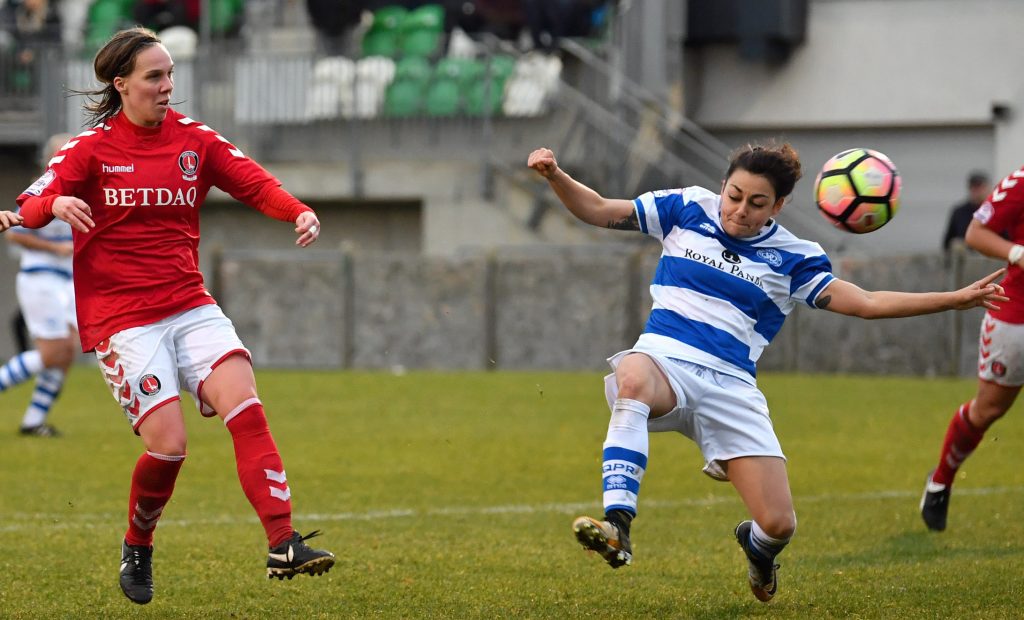 Charlton Athletic Women cruised into the third round of the FA Cup – Charlotte Gurr claiming a hat-trick as they thrashed QPR Ladies 5-0 on Sunday.

Kim Dixson and an own goal rounded off the scoring for the Addicks, who top the FA Women’s Premier League Southern Division.

Charlton face second-placed C&K Basildon Ladies on Sunday and can extend their advantage over the weekend opponents to eight points – although the South London club have played a match more.

They resume league action this weekend at QPR Ladies.

Ingrid Asplund gave AFC Wimbledon Ladies an early lead over Portsmouth Ladies in the FA Cup but Samantha Quayle and Amelia Southgate hit back in the second half as the visitors won 2-1.

Lee Burch’s side lost 5-0 to Reading last weekend in the FA WSL Continential Tyres Cup – with the victors topping Group One South.

The top-flight Royals extended their unbeaten run to eight matches but the first clearcut chance fell to Millwall’s Rianna Dean in the 38th minute, she was denied an open goal by some heroic defending.