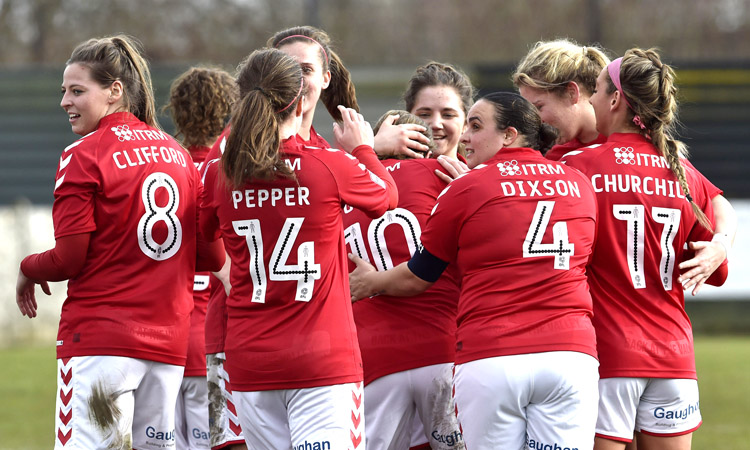 Charlton Athletic chairman Stephen King reckons that the club’s running costs will double if they are a Women’s Championship side next season.

The Addicks have applied to be in the new-look division and will find out in early summer if they have been successful.

King said: “A tier two club, which is where we want to be, you are typically talking about £250,000 in turnover. Having said that, it is not all cash – it is value in kind. It probably nigh-on doubles the cost for us as a club if we are accepted into the second tier because there are some explicit and transparent things we would have to meet.

“Already there you have got an extra £10,000 of costs, coming from nowhere.

“There is £6,250 ring-fenced for pitch maintenance. It is moving it up to another level, not just in terms of playing but also costs. My best guess is that we’re probably looking at finding another £100,000 to be in that division.”

There is also the work that needs to be carried out on the playing squad.

King said: “I’ve got to be careful not to tread on Riteesh Mishra’s toes because he is the manager, but I think the feeling is that seven or eight of the current squad are good enough to be at the next level anyway.

“There are a few areas we’d need to strengthen. That will naturally incur further expense to do that, not necessarily on transfer fees. If we are at a higher level that might naturally attract players of the right quality to come and knock at our door.

“We found a lot of players this season we spoke to are looking for money. Where you have the likes of Lewes in our division, good luck to them they are paying their women players the same as their men players – there is a competitive situation there. On the one hand it is good for the game, allowing women to get financial compensation for what they are doing, but it does make it more difficult that the funding coming into the game hasn’t gone at the same speed.”

Charlton have an agreement they can play at least two games at The Valley each season.

And even a change of ownership at the League One club will not majorly impact on the women’s side.

King said: “When we applied for the Super League first of all, back in 2013, one criteria the FA required was that every single club be a separate entity to its men’s equivalent.

“We set up Charlton Athletic Women as a separate legal entity. I’m the major shareholder, the men have no stake in that whatsoever. We do have agreements in black and white with Charlton Athletic that would come out in due diligence with whoever the new ownership might be.

“I know any contract is only as good as any parties honouring it. But we do have an agreement in place with the club. What I’d like to think is that whoever comes along is as interested, if not more, in women’s football than the current ownership.”