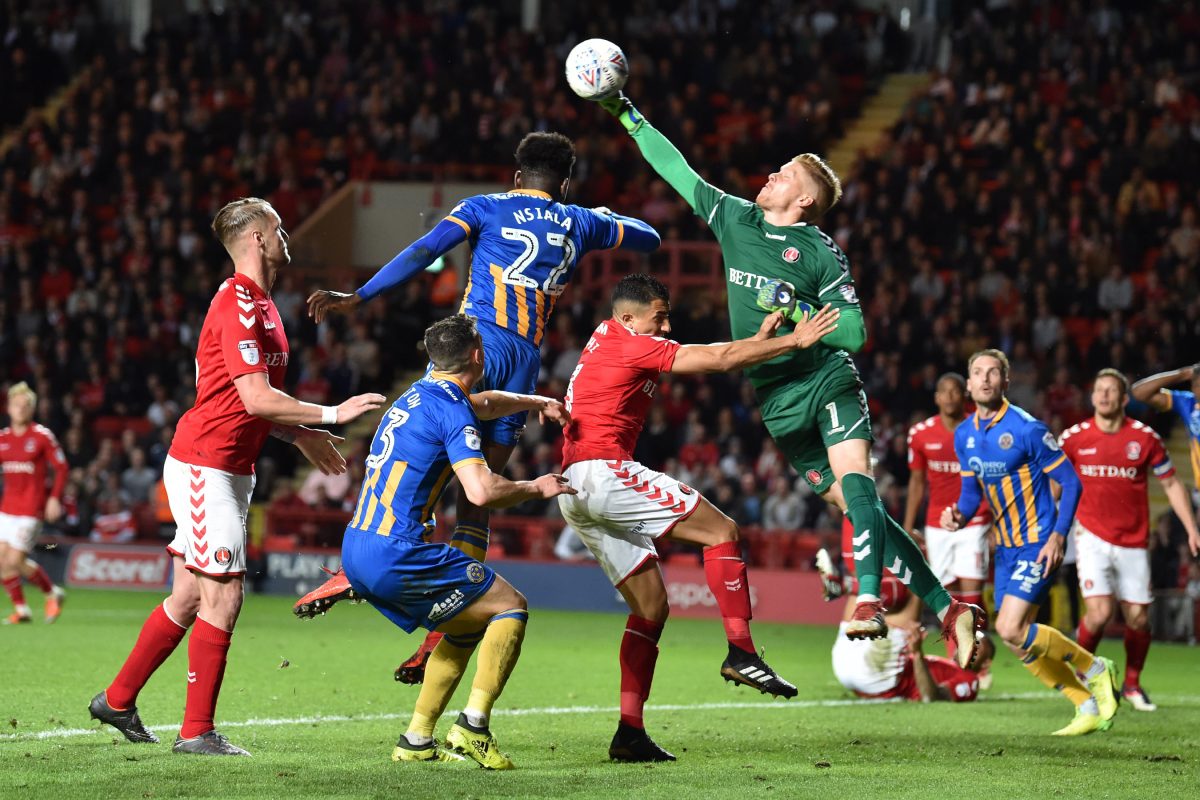 Superb. Overcame some early wobbles to the extent that Lee Bowyer felt the Bolton-loanee should have been named as the club’s player of the year. Played every minute of the Addicks’ League One season. Commanded his area all campaign and made several crucial saves in the narrow wins in the run-in that secured a top-six finish.

Finished top-scorer, reaching double figures for the second season running.  No mean feat given the workload piled on him in the first-half of the campaign with only one senior striker at the club. A fourteen-game barren spell in front of goal either side of Christmas highlighted shortcomings in-front of goal when low on confidence.

Had added goals to his game at the end of last season and will be disappointed to have only nabbed five this year – but made up for it with tenacity in and out of possession. Will be pleased to establish himself at The Valley after so many loans away from former employers Brighton.

Solid. Asked to play out of position at full-back a lot but handled it well. At ease in possession of the ball and not afraid to play it out from the back. Plenty of potential – Everton interest was batted away during the January transfer window.

“Little” Jay could often be targeted with long diagonal balls late on in games but tended to deal with it. Super speed displayed when tracking back to win tackles and also when marauding forward. Voted by fans as their player of the year.

The BFG impressed this campaign. Had been susceptible to the odd lapse in concentration but cut those out in the main this year. Good in the air in both boxes and formed a formidable partnership with Jason Pearce late on that only conceded five goals in the final 10 league games.

Uncanny ability to appear anywhere and everywhere on the park when a last-ditch intervention was needed. Sometimes sloppy with his passing but the Algerian turned play over in the Addicks’ favour often when under pressure. Scored a beauty away at Milton Keynes.

What a find. Untested at Reading, shipped out to League Two on loan last season, few would have predicted this so-called back-up player would have the impact he did. Charlton’s most effective man going forward and was hugely missed when out injured – his two-month spell on the sidelines coincided with the Addicks’ worst run. Healthy goal total too – bagged six in four games, including hat-trick at Fleetwood in September/October.

Didn’t live up to the hype, despite a smattering of decent performances. Courted all summer by former boss Karl Robinson but took ages to gain fitness after missing pre-season. Too often ineffectual but did show signs of what he is capable of as the season progressed. Hope for improvement next year.

Another who didn’t meet expectations after an impressive campaign for Bradford City prior. Work rate and character can never be questioned but too often didn’t deliver an end-product on the field. Always protected his full-back though.

Dependable as per usual, but perhaps not as spectacular as he once was, before injury curtailed his season a couple of months early. Surpassed 250 appearances for the club during 2-0 defeat at Scunthorpe. Took responsibility for the captain’s armband and is now considered one of the senior pros – youngsters could do worse than to learn from his experiences.

Had to bide his time with Kashi and Forster-Caskey the first-choice midfield pairing but took his chance when it came and earned the accolade of young player of the year. Pitched in with some useful goals – weirdly they all came at home. Should stake a claim for more starts next season.

Absolute rock. Every centre-half played better alongside him. Strong in the air, fierce in the tackle. Kept the back-four in check and organised. Huge miss when sidelined for three months with a knee injury – one of the many knocks to key players that held the Addicks back this year.

Started the season in fine fettle – one of the few who could create a moment of magic from nowhere. Some spectacular strikes, especially away at Oldham. Seemed to lose some impetus as Sheffield United’s renewed interest became apparent and left for the Steel City in January.

Showed signs of improvement this year. Easy to forget he is still only 20 after he was thrown into the first-team mix four years ago. Went on goalscoring run after notching dramatic equaliser in late comeback against Peterborough and continued that with nine goals in 15 games on loan at Crawley. Next season will be interesting.

Surprisingly competent. Seemed unlikely he’d ever be seen in a Charlton shirt again after the headline reject from the Roland Duchatelet era was sent on loan to French second-tier side Red Star Paris. Welcomed back into the fold by Karl Robinson and deputised reasonably well in defence – although still prone to the odd slip.

Vital link between midfield and attack in the number 10 role under Robinson’s favoured 4-2-3-1 formation. Was popular with fans before suffered a long-term injury that kept him out for the remainder of the campaign from December.

Massive anti-climax. The Crystal Palace-loanee arrived in January amidst a fanfare having performed wonders on loan at Shrewsbury Town in the same division last season. Completely ineffectual. Any brief flashes of potential came and went immediately.

Blew hot and cold. Still recovering from a long-term injury suffered at parent club Wolves, had hardly played any football when he arrived and took a while to get up to speed. Notched some goals on a rare good run but soon looked toothless up top.

Frozen out by Karl Robinson and lent to Bury for the first half of the season. Returned in January but only really got his chance under Lee Bowyer. Impressive effort levels and scored vital winner away at Portsmouth. Goal record though not in tune with a team hunting for promotion.

Arsenal-loanee’s second spell at The Valley burst into life with classy winner against Oldham on second debut. Dynamite on the ball but seemed to lose his way after injury kept him out for a number of weeks. Ran out of ideas quickly in play-off semi-final.

2 thoughts on “Charlton Athletic’s player’s get post-season gradings – who were the big success stories?”