When your season is imploding as spectacularly as Charlton Athletic’s, you cannot pin that on just one individual. But Nigel Adkins has been around the block enough times to know that a manager is usually first in the firing line.

Those Addicks fans in attendance on Tuesday night were intent on letting Thomas Sandgaard know the full extent of their displeasure as further life was drained out of a campaign that is getting more painful with each passing week.

Adkins was booed off the pitch at half-time. He was booed back on. He was booed again as he walked towards the tunnel after the full-time whistle. The Covered End, by far and away the most vocal section of The Valley, made it clear time and again that they want a change. US-based Dane Sandgaard, whose arrival this week was described as pre-planned, was told to “sort it out”. 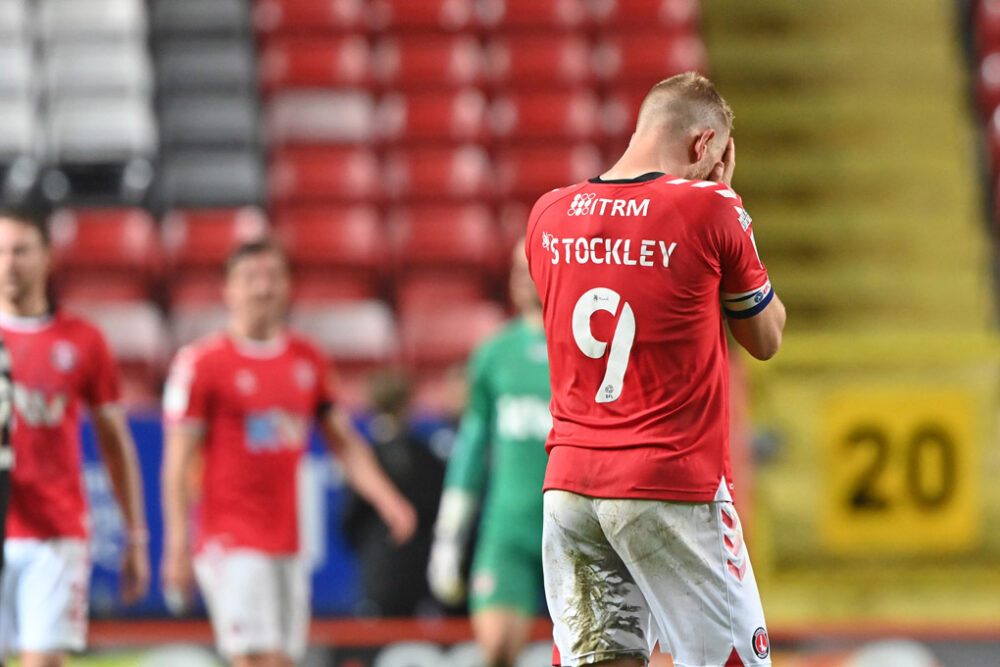 And there is plenty that does need fixing. Football preys on the weak and Charlton are bleeding in waters that are filled with hungry sharks.

It wasn’t so long ago that Sandgaard was talking about a five-year plan to reach the Premier League. You can put some of his bold statements down to enthusiasm and excitement at taking over as owner.

The reality, as he is discovering, is that backing up such talk is a whole lot harder.

Charlton are in the lowest league position in their history – 22nd in League One. Firmly ensconced in the relegation zone. What’s more, they are four points adrift of safety and have played a match more than 20th-placed Fleetwood Town. 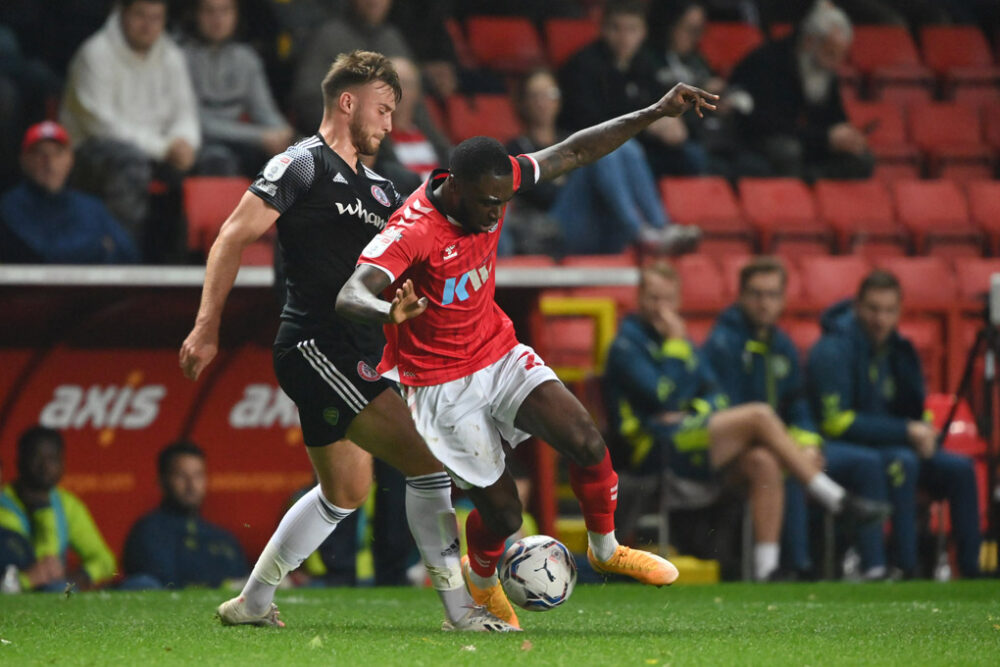 Next up tomorrow is a trip to Sunderland, who have taken more points – 19 – than any other club at this level over the last eight fixtures.

Escaping the chilling clutches of the drop zone is not an impossible task. Burton, Shrewsbury and Wigan, all in that position at the same stage of last season, managed to stay up. Bristol Rovers, who made up the quartet, did not have such a happy ending.

It’s hard to totally fathom why things had gone so badly wrong for Charlton.

Adkins is, at the very least, a competent and experienced manager who has won promotion from this league on three previous occasions. Two of those with the distinctly unfashionable Scunthorpe United. It is exactly that record which drew those advising Sandgaard to pushing him as an ideal successor to Lee Bowyer.

But after 13 games last season, and let’s not forget that started with the club under a transfer embargo and still ‘owned’ by East Street Investments, Charlton were third in the table. They had 17 more points. They had conceded 11 fewer goals. 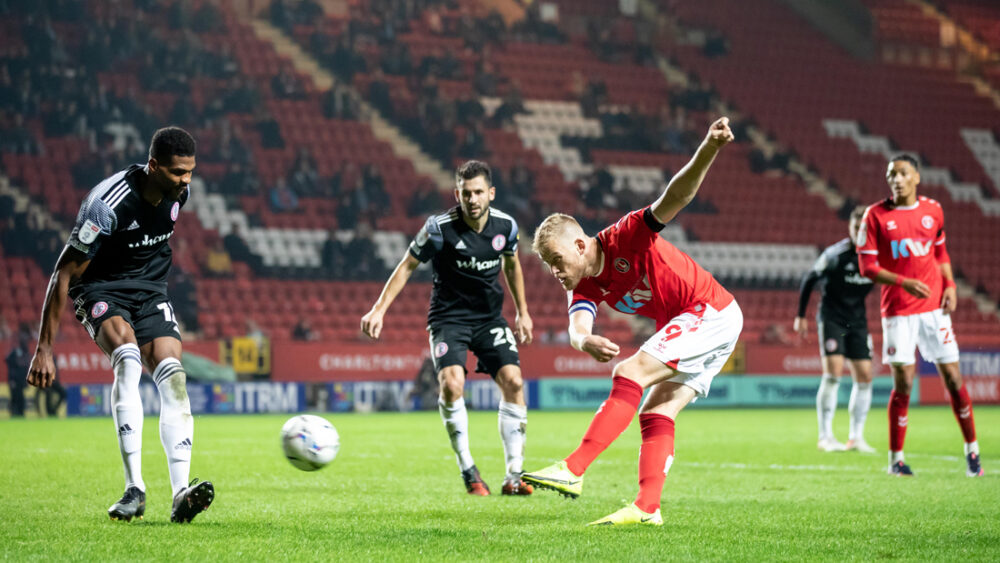 By contrast, this campaign has been an unmitigated disaster.

It’s no secret that Adkins was left hugely frustrated by the lack of transfer action over the summer.

He opted not to take a holiday, expecting a steady stream of incomings before pre-season training resumed. It’s fair to say that the vision he was sold before taking the job didn’t turn out to be the reality. There are informed whispers that further investment in the squad was only sanctioned after Wigan’s 2-0 win at The Valley at the end of August underlined that Charlton were short of the depth and quality required to be contenders.

Did they strengthen well enough? Arguably that question can be answered better if Johnnie Jackson – placed in caretaker charge after Adkins’ dismissal yesterday – coaxes more of a tune out of a squad that looks to be badly under-performing. 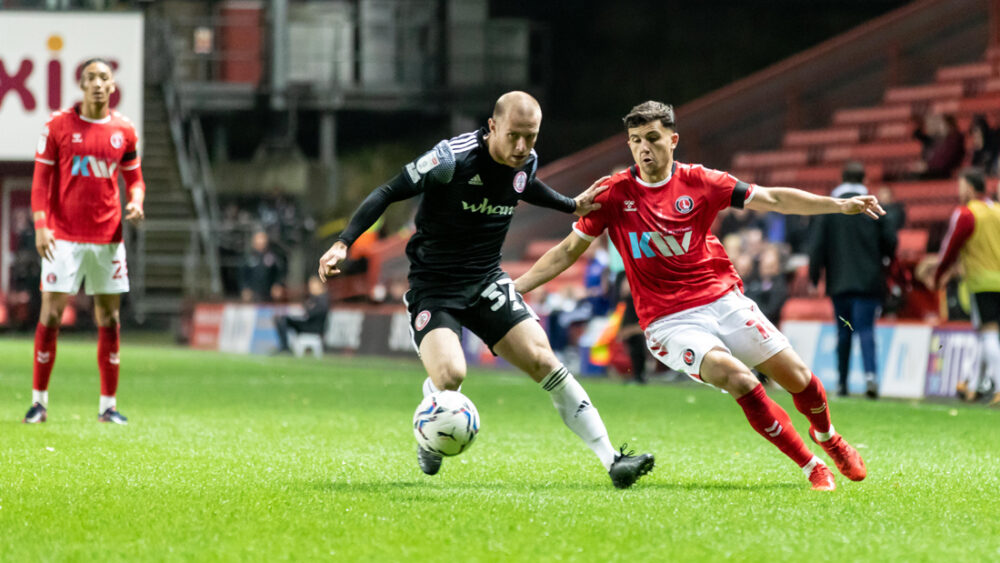 Injuries and fitness issues, also the bane of Bowyer’s life, have continued to have a highly detrimental effect.

But, casting all that to one side, it is a results business. And Charlton are loss-making way too often.

Adkins would say that his at times wildly fluctuating team selections were due to players needing their minutes carefully managed to avoid risk of breaking down. But it also felt like a manager desperately scrabbling – and failing – to find something that works.

Charlton’s home has also become a hazard for their confidence-sapped players. There is pressure.

There is strain. Jayden Stockley angrily remonstrated with the bench in the opening exchanges of the Accrington match, seemingly unhappy with the shape. 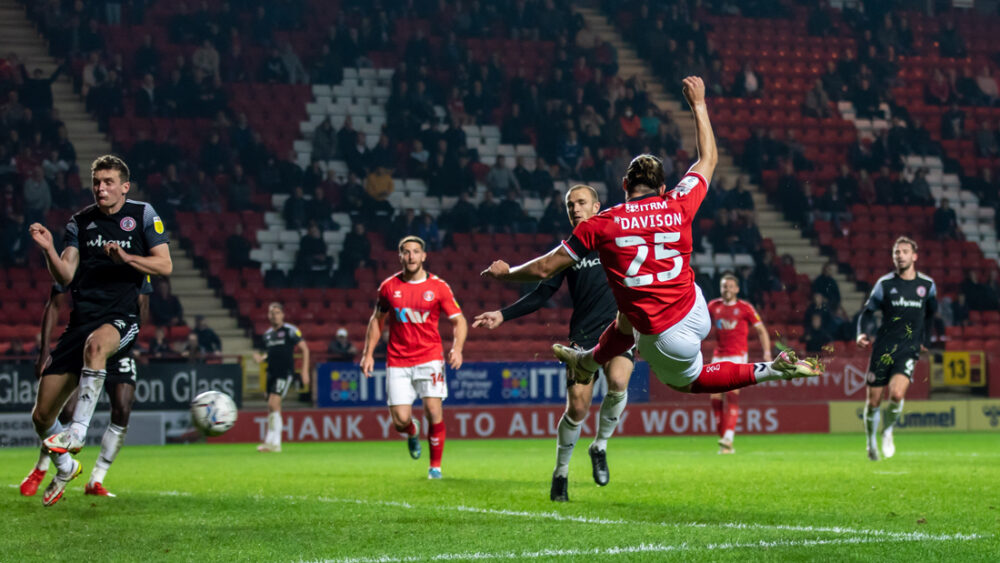 If the opposition start well then they know the crowd will turn on their own. And it took just nine minutes in midweek for that to happen as former Charlton youngster Harry Pell’s excellent ninth-minute free-kick sailed past Craig MacGillivray.

Alex Gilbey kept making driving runs and one of them led to David Morgan turning into his own net.

“Nigel Adkins, we still want you to go,” was the almost instant response.

Pell hit the crossbar with another free-kick from the same distance out, some images suggesting the ball had bounced down over the goal-line and back out. But he had his second when Chris Gunter failed to close down or cut out a cross, Pell converting at the back post. Way too easy.

The third was equally painful. Ethan Hamilton only shadowed by Albie Morgan as he cut on to his left foot and found the bottom right corner of the net.

Charlton reduced the deficit due to Conor Washington’s refusal to give up on chasing a ball, Michael Nottingham’s poor clearance handing Stockley a simple finish.

It so easily could have ended 3-3. Josh Davison met Jonathan Leko’s cross with such conviction you expected the net to ripple, only the fact it was straight at Toby Savin turned it into an instinctive stop.

But a point would not have been enough. We’re at the stage where Adkins only chaining together a lengthy unbeaten run, allayed to more dominance and control of matches, would have shifted the mood. 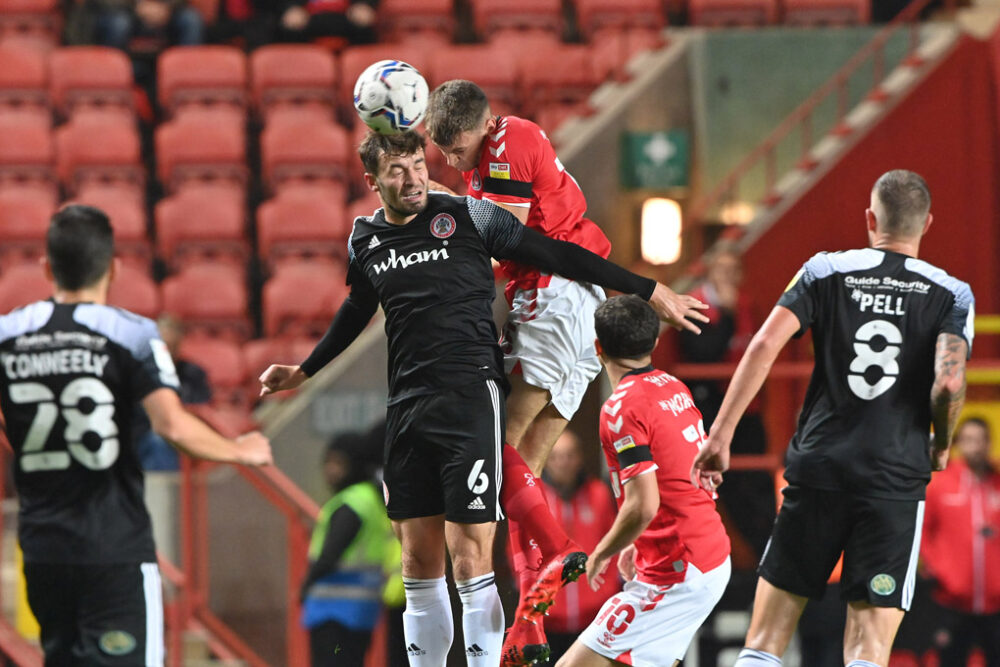 Jackson, like Bowyer and Chris Powell, will command the respect of the fanbase. He is a sensible change. Jackson played with such distinction for Charlton Athletic, now their former captain gets a chance to show he can lead off the pitch as well.

STAR MAN
Jonathan Leko. Kept trying to make things happen and was key to a spirited finish by Charlton.

BEST MOMENT
Excellent surge down the left by Gilbey which won a corner in the 49th minute. Slim pickings to choose from.