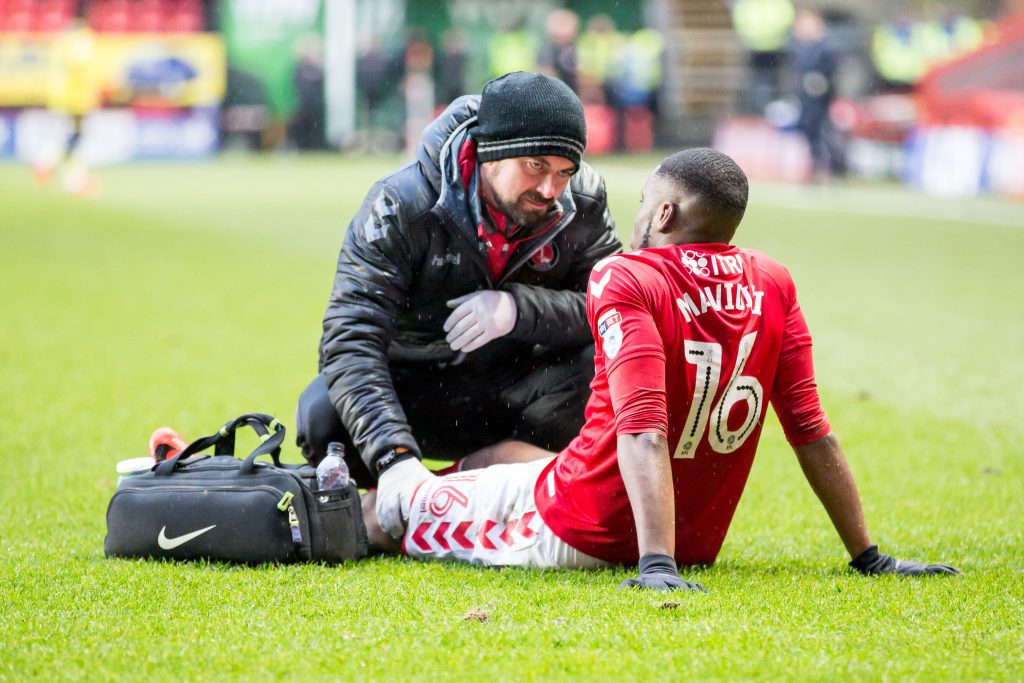 Stephy Mavididi has suffered a hamstring injury in Charlton’s 3-2 defeat to Oxford United – with a problem in the same muscle area ending his last campaign.

The on-loan Arsenal winger was ruled out in the closing months of the 2016-17 season after suffering a severe hamstring injury. It saw his loan to Charlton cut prematurely short.

And Mavididi was replaced in the second half on Saturday.

“I wasn’t going to take any risk,” said Addicks manager Robinson, who was unable to answer if the latest strain was the same leg which cut short his first loan in SE7.

Robinson justified his decision to drop Joe Aribo and draft Jake Forster-Caskey straight back into his starting line-up despite three straight League One victories.

“Jake was excellent,” he said. “He hits better diagonals and we needed to vary our passing.

“Jake and [Ahmed] Kashi today were our best players. The rest of the team let us down.”

He was also critical of the substitutes not making an impact. Sullay Kaikai and Michal Zyro both made their debuts in the second half with Aribo a late replacement.

“The players who came on didn’t really change the game,” he said. “There is a lot of work to be done.

“It is not all about you going forward here – there’s a collective goal. What we do as a group out of possession and how we manufacture second-phase regain, we have to learn that very quickly.”