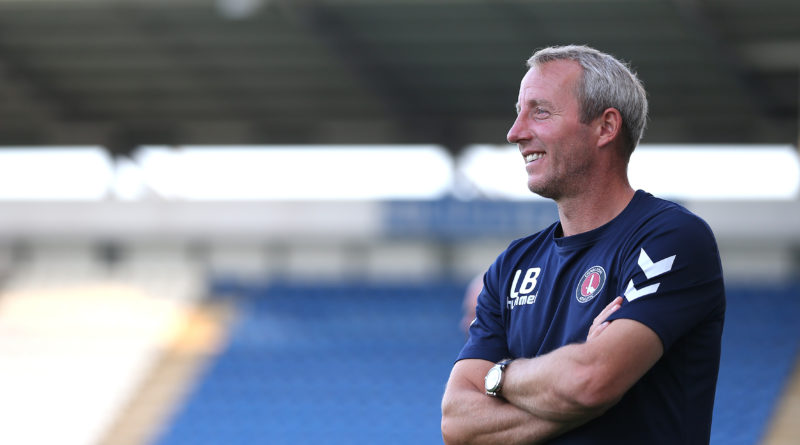 Lee Bowyer has clocked up the hours watching Charlton’s Championship opposition this summer – and reckons his old club Leeds are the team to beat.

The Addicks manager wanted to get a feel for what his side will face in the 2019-20 season and has watched every single team in England’s second tier.

Bowyer, 42, doesn’t believe that many will change their tactical approach too much, aside from those which have had a managerial
switch.

He said: “It’s been good to look at the standard and the differences – the pros and cons of the teams we’re going to be playing against.

“Most will have their way of playing.

“They might have a tinker here or there in the personnel. But formation-wise, nine times out of 10 they play the way they play.
“It’s a ‘we’re going to play better thanyou’ [mentality].

“The only difference is some wingers are quicker than others – some roll in and some stay wide.

“I’m trying to get up to speed. The one big difference I did notice is the pace and strength is very noticeable from the league we played in last year.”

Bowyer went with a midfield diamond last season as Charlton narrowly missed out on automatic promotion from League One – instead going up after that dramatic Wembley play-off final win over Sunderland.

He also preferred a front two – Lyle Taylor initially being partnered by Karlan Grant, before his sale to Huddersfield in January, and then either Igor Vetokele or Josh Parker.

“We played two up top for us last season and it worked for us,” said Bowyer.

“We might start the season with two up top and think ‘you know what? This isn’t really working for us’. Then it’s down to me to
recognise that and change it.

“I’ve always liked two up top. Every side I’ve played for has had two up top. The game hasn’t changed that much. There are pros and cons to it, obviously.

“By playing one up top you have got an extra man defensively somewhere on the pitch. I believe by having two up top it’s harder for teams to play out, for one, because when you have got two v one on centre-halves they are always going to get out.

“When we were playing last year we had an overload every time and we stepped out. It was easier to play from the back.
“If we can prevent that from happening, by playing two up top, it will be better for us.”

Charlton have always had a possession based style under Bowyer. Again, that will be trickier as they come up against more
technically-gifted opposition.

The former midfielder readily admits the difficult level will ramp up.“The pace of the game is quicker,” said Bowyer. “So your decision-making and awareness has to be better.

“But the way we played last year, there weretimes teams couldn’t get anywhere near us – because of how quickly we moved the ball.
That puts us in good stead making this step up and from what I’ve seen – I know it’s a bit different watching it on screen – I think we’ll handle the tempo of the game and we’ll surprise teams.

“It’s going to be difficult. I’m not being disrespectful of anybody, but I believe in the players we have and are going to bring in that
they will adjust and be able to handle the way we play – otherwise we wouldn’t be bringing them in.

“We’ll be alright. The way we press will surprise teams. If you look through this division they let you play out from the back and then they try and get in their shape. We’re not going to do that.

“The big thing I’ve noticed from watching Leeds is their work-rate and tempo is unreal.

“That’s a big part of the reason they did so well last year – they won the ball so high. Then you haven’t got so far to travel to score.
“The one team that has stood out has been Leeds.

“The way they break, hunt the ball down and break in their numbers with pace – frightening. You can tell the difference. It’s something we’ll have to be ready for.”

Bowyer had seven years with the Yorkshire giants – playing more than 200 matches at a time they were one of the top clubs in the
domestic game.

He is an admirer of the job done by Marcelo Bielsa. “If you work hard you have got an extra man at home. If there’s one place the fans enjoy the team playing that way it is Leeds.

“Everybody knows their roles and they work as a team. They weren’t carrying anybody last year. I was disappointed they didn’t go up because they were the most exciting team – in and out of possession.

“The fans are unreal, especially when things are going well. Myself and Jacko [Johnnie Jackson] went to the West Brom game last season. We had Doncaster the next day and they were playing Friday night – it was just around the corner. They won 4-0.

Jacko came away from the ground saying: ‘Leeds is now my second team’. Because of the fans – it was electric. It was the same when I was a player there, the Tuesday nights under the lights – frightening.

“They’ve got a good manager. I watched them the season before and with pretty much the same squad, maybe one or two changes,
they were a completely different team and way of playing.

“They were bang average the season before.” Other clubs at this level – Fulham, Cardiff, West Bromwich Albion and Derby – there will be pressure to challenge for the top two.

But Bowyer says he did not feel any heat last season as Charlton looked to end a three-year stay in League One.

“I don’t really feel pressure because at the end of the day you have to win games. That’s it. No matter whether you’re expected to or
not. Our fans will want us to win games – that’s life. West Brom will be expected to win more games than us.

“Football isn’t always like that. I played in a Birmingham side and we finished in the top half – on paper we should never have been anywhere near it. You do things the right way, you need a bit of luck with injuries – because our squad is going to be small.

“The Championship is relentless, every game will be tough. No disrespect, but in League One there was a big difference from the
top to the bottom. It’s not going to be like that now. They are all good sides.”