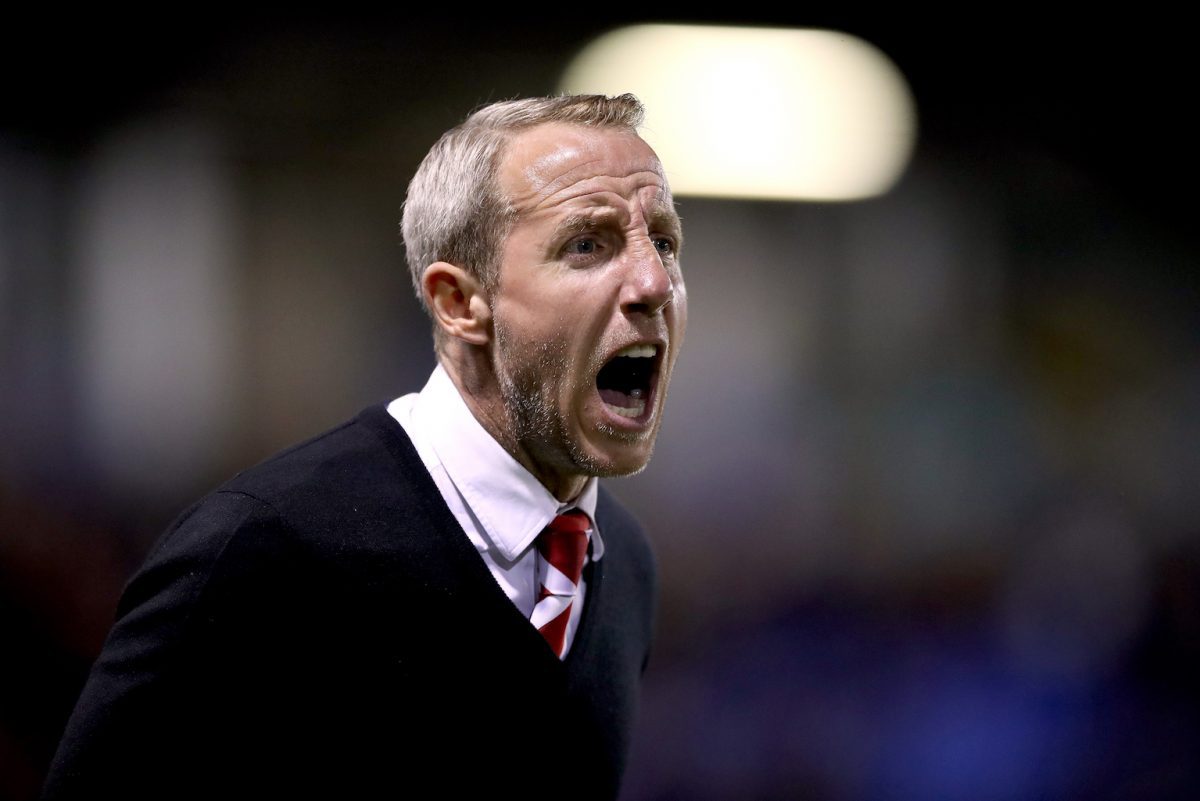 Portsmouth are set to have a huge home turnout for Saturday’s clash with Charlton Athletic – but Lee Bowyer reckons that could be to the South London club’s advantage.

The Addicks moved back into the League One play-offs with a 2-0 victory at Shrewsbury Town on Tuesday, writes Richard Cawley.

And now they face a Portsmouth side who are desperate to stay in the hunt for the top six and have regularly played in front of 18,000 fans at Fratton Park this season.

Bowyer said: “You can turn that – look at Newcastle United when I was there as a player. We had 50,000 at our place and teams would use it in their favour.

“Portsmouth fans are outstanding with the noise they make and that should get you going more. Even though they are not cheering for you it is good to play in that atmosphere. You need to use it.

“My players won’t be intimidated by it. Supporters are supporters. My lads have been playing long enough to deal with it. Even a younger lad like Ez [Konsa] has played 50 or 60 games now – that is long enough.

“They are all strong enough characters. Nothing beats going away from home and getting three points.”

Bowyer had praise for winger Mark Marshall and striker Josh Magennis as they both delivered for him in Shropshire, the latter scoring a late clincher to secure the points in midweek.

“Mark had been left out of the team but came in and was exceptional. His attitude, I couldn’t have asked any more and I knew I’d get that reaction from him.

“Josh has been in the squads but that is the first time he has started under me. His reaction has been unreal. He could easily have just been sulking like some players in the game now and having a negative effect around the building.

“They both were a credit to themselves. I don’t want anyone sulking or they won’t be involved at all.

‘It is nothing personal if I leave them out, I respect them all.”

Midfielder Joe Aribo (shin) is a doubt for the trip to the South Coast.