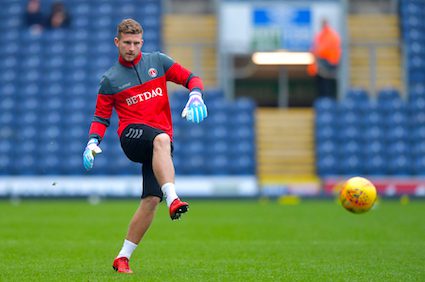 Charlton Athletic boss Lee Bowyer will not be using the earlier deadline for this summer’s transfer window as an excuse for failing to get business done.

The Premier League and EFL clubs voted in favour of the deadline being brought forward to August 9 – so it shuts before the top-flight campaign starts.

In previous years the window has run until the end of the month.

EFL clubs are still able to do loans deal until August 31, including agreeing turning those switches into permanent deals in the winter when transactions are available again.

Bowyer, whose first signing was Lyle Taylor on a free after the striker opted to leave AFC Wimbledon, told the South London Press: “It [the deadline changes] don’t make any difference – we have had about three months to make signings anyway.

“It can’t muck things up if it is brought forward one week, two weeks or a month. In January we only have that one month to do things.

“So it makes no difference. Everyone still makes the signings they want, if they can.”

One area that looks a priority for Charlton to address is the goalkeeping department.

The Addicks are understood to be looking to bring in a shotstopper – quite possibly on loan – but are not believed to have a hefty budget to work with.

Ben Amos shone while on a season-long stay from Bolton Wanderers last season.

Dillon Phillips, 23, is the most experienced shotstopper on Charlton’s books but has played just 20 times. Australian Ashley Maynard-Brewer, 19, has yet to make a senior appearance.

“It is a position we are working on,” said Bowyer. “I’ve spoken to Dillon, so he knows where he stands. If no-one comes in then he’ll be number one, it’s that simple.

“He is looking good and working his socks off with our goalkeeping coach [Andy Marshall].”