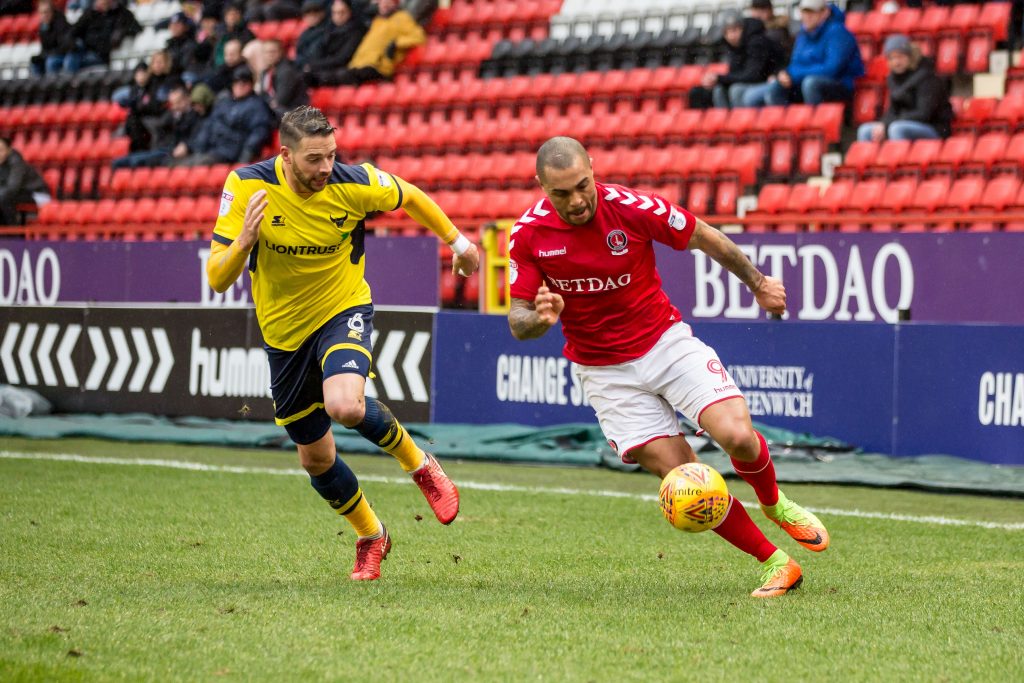 Karl Robinson has refused to take any satisfaction in Josh Magennis and Ahmed Kashi both ending long scoring waits in Charlton Athletic’s 3-2 defeat to Oxford United.

Kashi had not bagged a goal since August 2015 in the League Cup at Peterborough.

Magennis ended a 14-match run without getting on the scoresheet as he slid in to to convert Jay Dasilva’s low cross – his first since November 18 – to make it 2-1.

But Todd Kane and Ryan Ledson struck twice in the final minutes of the match to turn the outcome on its head.

Robinson said: “There are no positives – we lost. It’s all about the team – and the team lost.

“It was down to our offensive players we lost. We asked our wingers to be more disciplined and give our full-backs protection – they never gave that protection.

“We let a player run for the second and it was something we worked on yesterday, we spoke about it at length, but somebody chose not to do it.

“When we were winning we got a little too confident and we became individuals offensively. I haven’t seen that before. It was I want to score, not we want to score.”