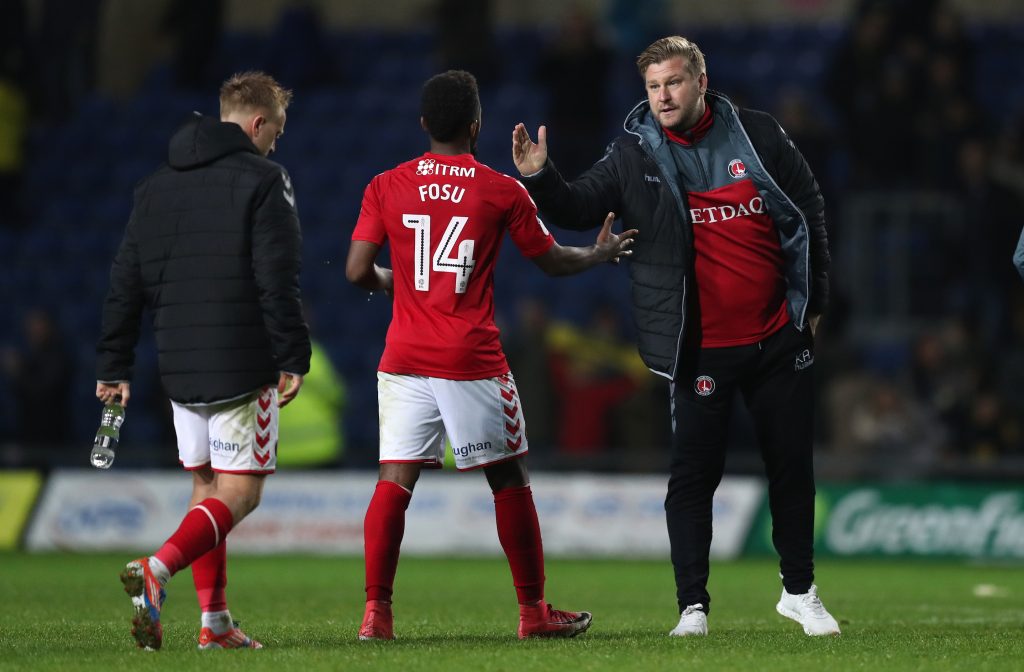 Karl Robinson played down any serious injury fears after Tarqie Fosu was substituted in the early stages of Tuesday’s EFL Trophy defeat to Portsmouth.

The Addicks’ top-scorer this campaign was withdrawn just nine minutes into the 1-0 loss to Pompey.

But Robinson expects the winger to be available for his side’s next game at home to Milton Keynes a week on Saturday.

“I’ll be very surprised if he’s not,” explained the Addicks chief.

“You’re talking 11-12 days until we play them. A grade one is predominantly 7-10 days. It depends on the grading of the injury. We won’t know the full extent but it’s not gone or painful. It’s just stiff and sore a little bit so that’s why we did what we did.

“He had a tight thigh – it just stiffened up after a few minutes. I wasn’t going to take any chances with that so I immediately just brought him off.

“He said he felt a tightening in it. He’s never been injured before. He’s a young player, he doesn’t know the consequences of being injured. So just right away, off you get.”