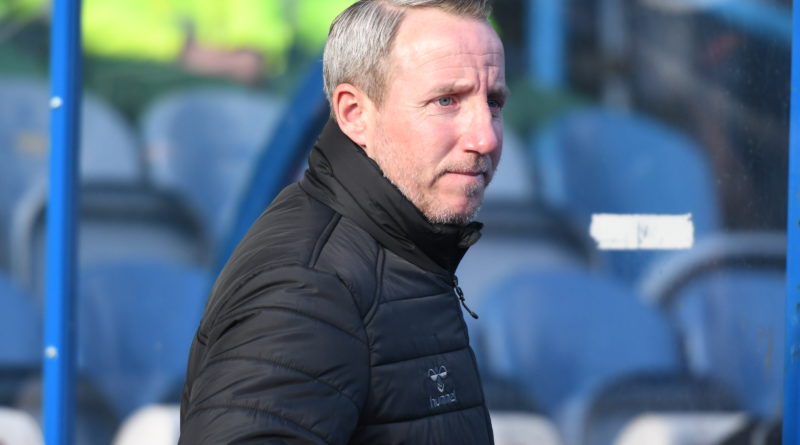 Charlton boss Lee Bowyer has apologised to the supporters after his side’s 4-0 thumping at Huddersfield Town.

The Addicks went into the game on level points with the Terriers at the wrong end of the Championship table, but their survival hopes were dented after a mix-up between George Lapslie and Deji Oshilaja gifted former Charlton man Karlan Grant the opening goal midway through the first-half.

There was an improvement from the South Londoners going forward after the restart but they were unable to find a leveller before Steve Mounie killed the game off fifteen minutes from time.

Grant added a personal second late on, before Juninho Bacuna’s spectacular fourth was the final nail in Charlton’s coffin in west Yorkshire.

“Not good enough,” admitted Bowyer after he suffered his heaviest defeat as Addicks boss.

“First-half was bad, poor. I take full responsibility for it. I picked the team. I picked players that I thought would do better playing the diamond and it didn’t work. Too soft, too passive.

“Second-half, once we changed it, we were better. Created and we got into really good areas but that quality at the end wasn’t there. We should have at least scored to level up before they got the second. Disappointing second-goal, handball, and that knocked the stuffing out of us. Just got good enough.

“I apologise to [the fans] for that result. Like I said, I’m the manager and I take full responsibility for that. Disappointing. But we need [the fans] again next week. Our home games are important and we need them to carry on being as good as they have been.

“[The mix-up for the first goal was] just a schoolboy error. I think the less I say about that, the better.

“If we had scored [when creating chances in the second-half], we probably go on and win the game. That’s how crazy football is. But we didn’t. That’s the disappointing thing for me. We created all those chances – four, five great chances, balls going across their six-yard box, and no-one trying to put it in. It’s so frustrating and disappointing.”