Charlton Athletic manager Lee Bowyer has led the tributes to Seb Lewis after the 38-year-old South Londoner passed away from the coronavirus.

Addicks players took to social media to also pay their respects to the Blackheath-based supporter, who had attended 1,076 consecutive matches. That run started in February 1998.

Bowyer said: “It is heartbreaking.

“He was such a nice fella – so committed. Home and away, he didn’t miss a game.

“His commitment and passion for the club was frightening.

“To lose him is horrible. I feel for his family and friends.

“Things just aren’t fair sometimes. It puts everything into perspective when you think of us on the football side. We complain that something isn’t right on a decision or small things like that, which we think are big things at the time, but then you’ve got a young man, who all he wanted to do is go and support his club, and he is gone from doing nothing wrong. We’re going to miss him. His support was second to none.

“His family will come along and be looked after when we do play again. There will be a big tribute for him, for sure.

“As soon as fans are allowed back we will do something and we might look at also doing something in terms of the seat he sat in. I don’t know how far we can take it. We’ll try to do as much as possible for him and his family.

“We all love football, but life is more important than football.

“Hopefully people will listen to the safety advice and we lose as few people as possible.” 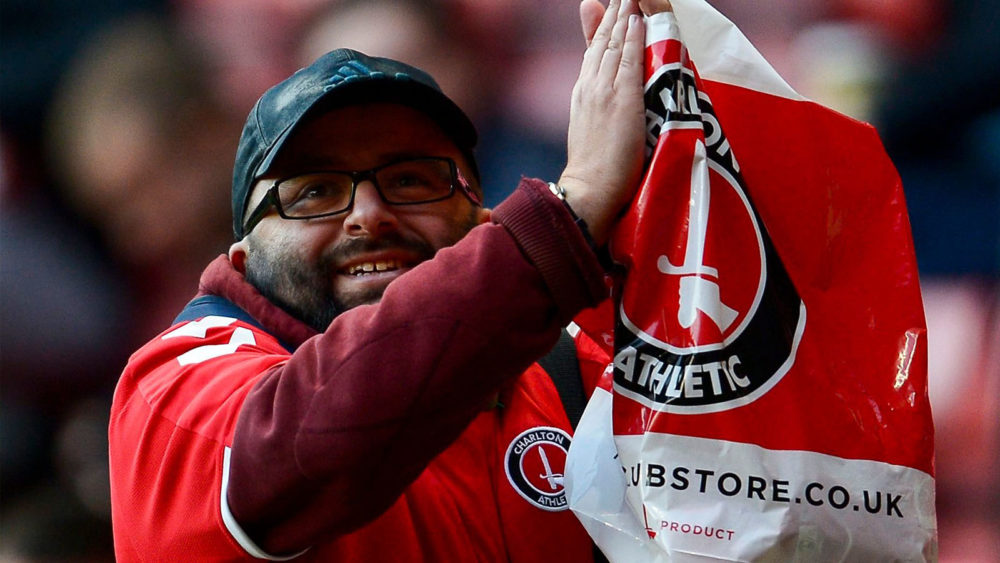 Chris Solly, the Addicks’ longest-serving player, said: “So sad to hear the news about Seb.

“The most dedicated and loyal football fan I’ve ever known and such a fun character, you’ll be truly missed by us all.”

Patrick Bauer, who scored the winning goal for Charlton in the 2019 League One play-off final at Wembley, said: “Awful news. RIP Seb. A true legend. My thoughts are with his family and loved ones.”

Club captain Jason Pearce said: “Awful news. Best wishes to his family at this tough time. He will be missed.”

U23 boss Jason Euell tweeted: “#RIPSeb gone but never forgotten. Once an Addick, always an Addick home and away.”
Morgan Fox, a Charlton academy product now on the books of Sheffield Wednesday, added: “Horrible news. RIP Seb. My thoughts are with his family.”

“Rest In Peace Seb. My thoughts are with his family and friends. A true #CAFC legend,” tweeted Josh Cullen, on loan at the Addicks from West Ham.

Charlton Athletic Museum tweeted: “Like all #cafc fans we are devastated to hear of the death of Seb Lewis. Seb was a regular visitor to the museum and donated his old flag which we are proud to display. Our heartfelt condolences to his family and friends.”

Charlton issued a statement on Thursday morning: “Seb was the heart and soul of the Charlton family and was so proud of his achievement of attending every single game, home and away since February 1998. The thoughts of everyone at the club are with Seb’s family at this very difficult time.

“Thank you Seb for your loyalty and dedication to Charlton. The Valley and every away end up and down the country, will never be the same without you.”