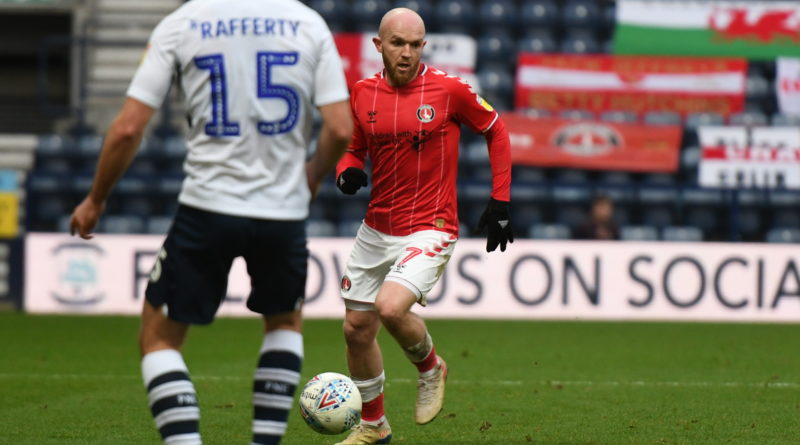 Jonny Williams is set for some time out after suffering an injury during a freak accident in training.

The midfielder was landed on by teammate Macauley Bonne after a tussle on Thursday and has twisted his ankle.

To add to boss Lee Bowyer’s problems, West Bromwich Albion loanee Sam Field’s Addicks future is in doubt as he has been referred to a specialist for a knee injury. The 21-year-old’s temporary spell in South London is set to finish at the end of the campaign.

Both players had been side-lined for spells during an injury-ravaged campaign at The Valley – with Williams out for nearly three months before Christmas and Field yet to return after being forced off during the defeat at Bristol City in October.

“Jonny twisted his ankle on Thursday in training,” revealed Bowyer after his side’s 2-0 home reverse against Blackburn rovers.

“Macauley fell on him. You couldn’t believe it. I left Jonny at home for Tuesday (the 1-0 at Nottingham Forest) and said ‘get yourself ready for Saturday.’ Then in training on Thursday, they were tussling for a ball and Macauley fell on top of Jonny and his foot got stuck and he twisted his ankle.

“We don’t know the seriousness yet. You couldn’t write what goes on at this place. We’ll be OK.”