Charlton boss Lee Bowyer hopes his side will see the second-half comeback against Rochdale as a turning point after they recovered from a 4-2 half-time deficit to draw 4-4 in a rollercoaster game at The Valley.

Lowly Rochdale had burst into a two-goal lead through Matthew Lund and Kwadwo Baah inside 21 minutes in South London, before Chuks Aneke pulled a goal back midway through the half. Baah bagged his second fifteen minutes before the break, with Jake Forster-Caskey’s deflected strike getting the Addicks back into it once more. 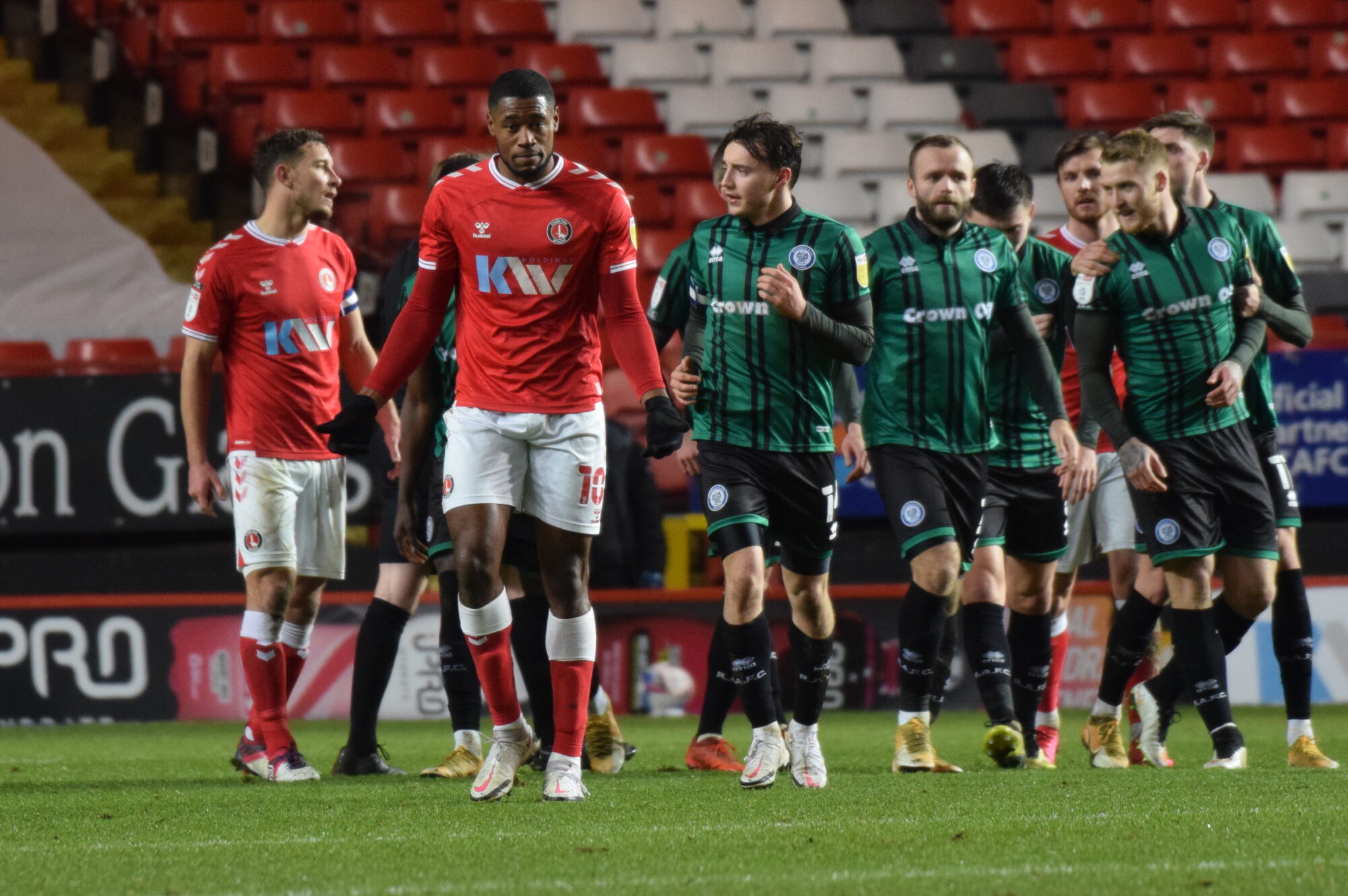 Addicks skipper Jason Pearce was sent off for a second yellow card in the closing stages as both sides were forced to settle for a point.

Bowyer’s men are now winless in five, with only two maximums in the last 11 outings, but the Addicks boss wants to see his team take some confidence from their second-half display.

“I just said to them in the dressing room: ‘Take this. Not many teams will come from 4-2 down at half-time,’” explained Bowyer.

“No one else will probably be in that position but to come from two goals behind at half-time and we should win the game. Take this. You can play. Just making them believe at times. Some started a little bit nervous, I thought. But I have to praise them because they could have easily crumbled there but they kept fighting until the end. I think that was the least we deserved, the point.

“Crazy game. Before the game I said ‘Rochdale are a team that concede a lot of goals and score a lot of goals’ and it was no different today. We gave them a two-goal head start. In the first-half, I think they had four shots and scored four goals. Everything they hit went in. I have to say, overall, disappointed with not winning. I’m always disappointed when we don’t win. But to be 4-2 down at half-time, I have to praise the players. 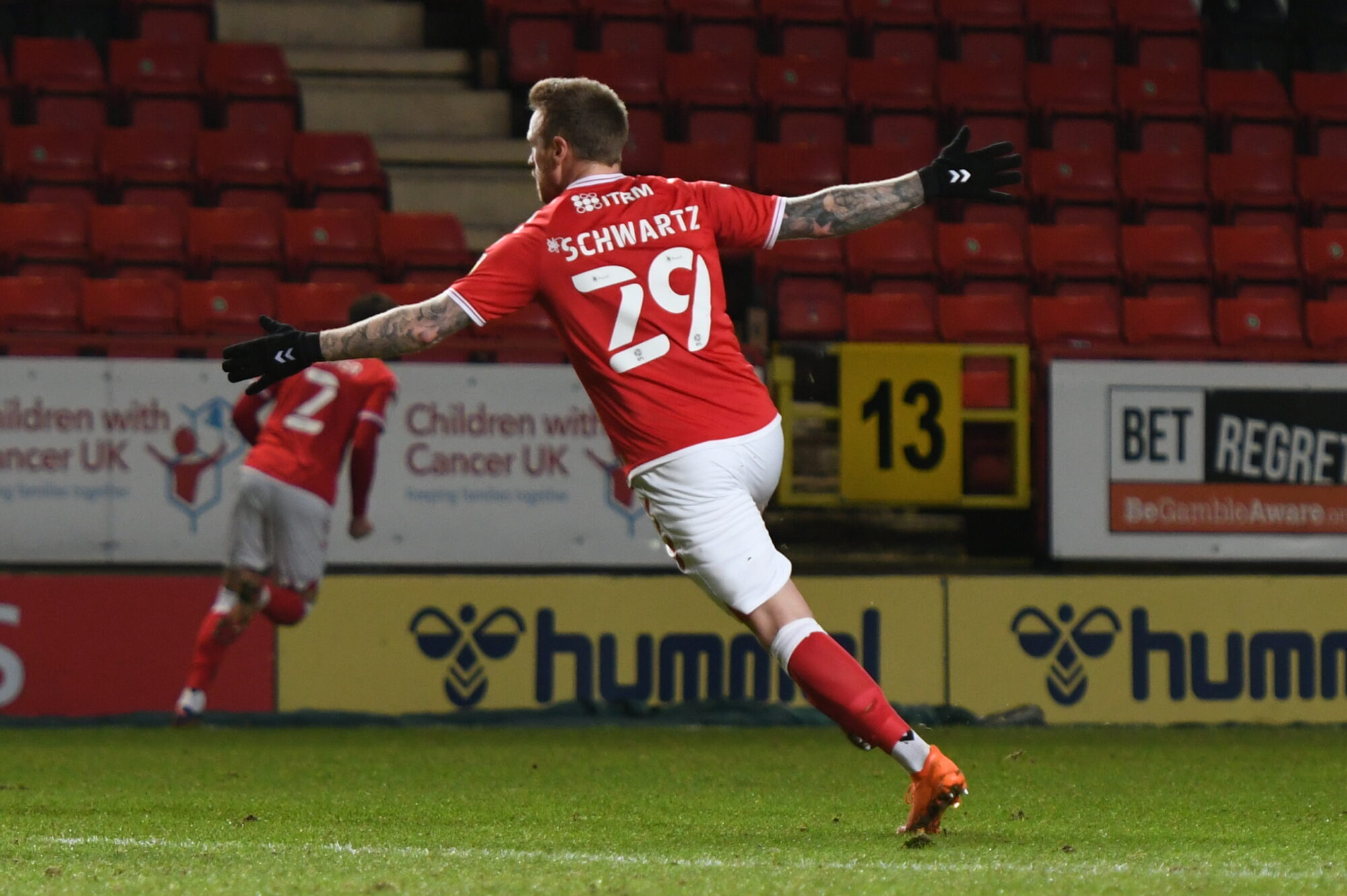 “It shows a lot of bottle to do what they’ve just done there. Especially coming off the back of the weekend. They could have easily crumbled, but they didn’t. They fought and they stuck together. We should have won it really their keeper makes an unbelievable save from Chuks with about five minutes to go, one-on-one. Crazy game. Did anyone deserve to win? Probably not, but I thought we were very good.”

Charlton have now conceded at least twice in five consecutive games, keeping just one shut-out in their last 12 League One outings – a run which came on the back of six consecutive clean sheets.

“We’re conceding too many goals. That’s what we have to do, we have to work harder and turn it around. We will. We’ve got people coming back from injury soon. But whoever is playing, we have to do the right things.

The Addicks boss was also delighted to see new arrival Schwartz bag his first goal in Charlton colours after arriving from FC Midtjylland.

Bowyer said: “That’s his finishes. What you just saw there tonight, that’s what we saw on the clips before he came to us. Very high standard finish. He’s not even fit yet. Even towards the end there, he looked a bit leggy. But we’ll get him sharper, he will get better. Ronnie will get better but you see what he brings. He brings finishes like that. He had one chance and took it.”