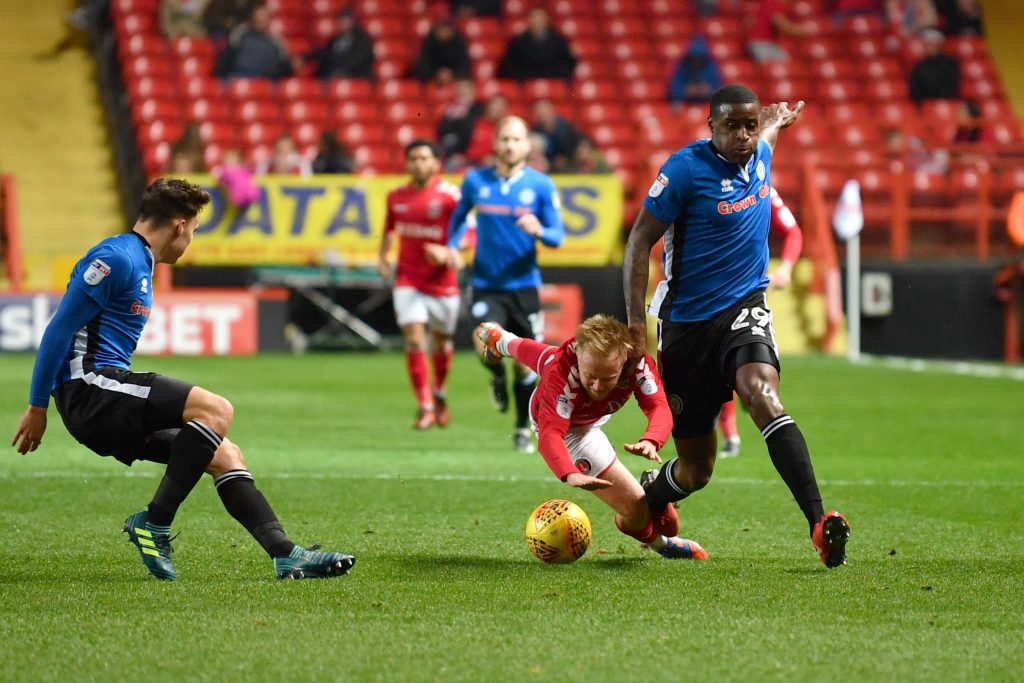 Karl Robinson reckons he had no choice to play Ben Reeves in Tuesday’s 2-1 win over Rochdale – and has rejected any suggestion that starting Tariqe Fosu in the EFL Trophy backfired.

Reeves came off at half-time in midweek with a tight hamstring and had been the subject of a number of heavy challenges in the early exchanges.

Fosu sat out that match and is expected to be unavailable with a quad problem for around a month. The in-form winger started the EFL Trophy tie against Portsmouth but only lasted nine minutes.

“Tariqe went into the game saying he just felt some stiffness from the hard work we had done,” said Robinson. “But the time out now is nothing to do with that.

“When we did a scan on it the problem was deeper than the more obvious one.

“I very rarely regret things I do. Injuries are part and parcel of the game. We all use it as excuses but fundamentally we’re all in the same boat.”

Charlton were still waiting to find out the full extent of Reeves’ injury.

“Saturday’s match took so much out of them physically,” said Robinson. “Rochdale only made three changes on Tuesday – we didn’t have that flexibility.

“Those players at the top end of the pitch sometimes recover differently. I know how to manage Reevesy. I had no choice but to play him.

“His hamstring just stiffened. He could miss one game – maximum two. It is not going to be more than a week – if it even is a week.”