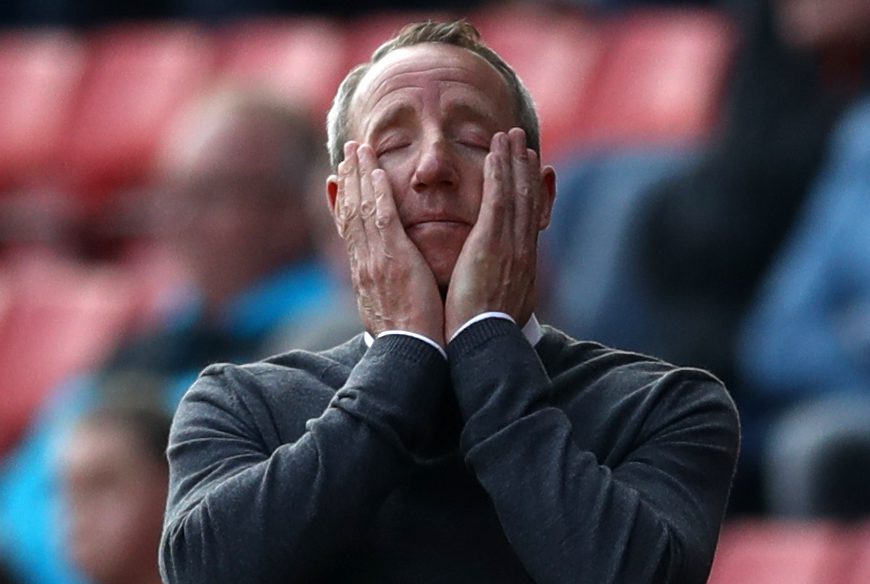 Charlton Athletic Sport
17th April 201816th April 2018 Richard Cawley 0 Comments
By Richard Cawley
Lee Bowyer will make changes to his Charlton side for tonight’s trip to Shrewsbury Town – and believes fatigue could be a factor in their recent listless showings.
The Addicks have suffered back-to-back defeats to drop out of the League One play-off zone, writes Richard Cawley.
It does not get any easier for the caretaker boss as his flagging side faces the third-placed Shrews and then follow up with Portsmouth on Saturday at Fratton Park.
Bowyer told Charlton Live: “I’m going to have to make changes, for sure. Our side is tiring. The whole energy and way we moved the ball on Saturday seemed sluggish to me.
“I said to the lads that it is not good enough. I think they are tired – especially the midfield three. That’s why I took Ben Reeves off last Tuesday at AFC Wimbledon – he looked shattered.
“Ahmed Kashi is back in the squad so hopefully I might be able to freshen something up and give at least one of them a little break. They have been doing so well for me and there is no-one else to put in.”
Bowyer brought on winger Tariqe Fosu early in the second half against Scunthorpe United.
“I couldn’t start him because he has just come back from injury. I didn’t want to bring him on as early as I did, but he is our biggest threat going forward and we needed to score. I’ve got to be careful with him. I’m looking at us having seven games to go – not four.
“I don’t want to lose him for games late on but at the same time we have to win these games to get to those other ones. It is a bit of a juggling act.
“He did okay when he came on, he could have released the ball a bit quicker at times but he lifted the place a bit.
“I’m disappointed in the result and the performance. The goal was a bad goal to give away. Our two centre-halves are marking one striker [Ivan Toney], how does one striker score against two centre-halves? It shouldn’t be possible.
“Little Jay [Dasilva] should stay on the runner. He tried to play offside. He might have been offside but it doesn’t matter – stay on the runner first.
“In other games we have moved the ball quicker and played between the lines. Saturday was just dead.”
But Bowyer does not agree that Charlton’s play-off hopes are out of their hands despite one point from a possible nine.
He said: “I don’t think we have to rely on other results – we’ve got to go to Portsmouth and Shrewsbury, which will be tough.
“We have four games left and have to win a minimum of three. You can cut that down how you like.
“If we go to Portsmouth and win, which we’re capable of doing, the ball will be back in our court again.”