Jason Pearce has had his moments of adversity this season, a bit like the football club he captains.

But the experienced centre-back, 33, knows that promotion is still firmly up for grabs for Charlton Athletic.

The Addicks are hunting down their League One play-off rivals and will look to extend their unbeaten run to nine matches when they face Ipswich in SE7 tomorrow.

Pearce has played every minute in that undefeated run but had come in for criticism when Accrington Stanley and Peterborough both scored after lofted straight passes cut right through the middle of the backline.

Pearce was unavailable for the opening 10 games due to injury. Initially a knee injury ruled him out before a calf problem extended his time on the sidelines.

But Pearce – a warrior – has fought through a campaign that has not run completely smoothly.

“It’s been up and down for me really,” he told the South London Press. “I’ve never changed the person or player that I am – I’ll always give my best.

“I came under a bit of scrutiny when I came back and made a mistake. Then I was involved in the Peterborough goal and some of the fans got on my back a little bit. That’s just part and parcel of football. I don’t put making a mistake as that I’ve turned into a bad player overnight. Everyone makes mistakes in any walk of life.

“I say this to the younger players we’ve got in the squad – it is how you react. You can either go into yourself, stop trying things and not express yourself or you take the view ‘these things happen’ and you go again, keep doing your best.

“I feel I’ve turned that around, whether it was bad form or just a few mistakes. I want to keep looking up and looking forwards.

“I’m coming to the end of my contract here, so I want to prove to the fans, the manager and everyone that I’m good enough to earn myself a new contract. I love the club and I want to stay, we’ll see what happens.”

Ipswich arrive in South London on a poor run – taking six points in as many matches. They have failed to score in their last three, including a 3-0 loss at AFC Wimbledon on Tuesday night.

“We’re happy to be average aren’t we? And average is way off being good enough for a club of our stature,” was the withering post-match assessment of Town boss Paul Cook. Does that poor display last time out – and verbal battering – make Ipswich more dangerous? 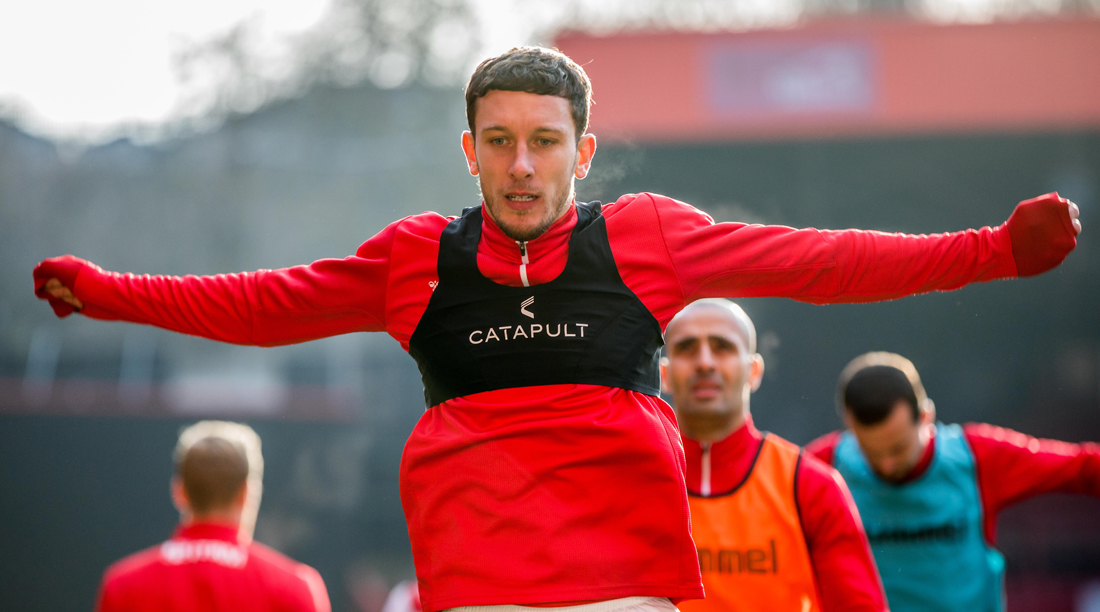 “I think so,” said Pearce. “It will be a tough game whatever, because they are still up there and a big club.

“They are going to be looking to prove their manager wrong and put things right. They have got some good players, so we’re going to have to be right at it to get a good result.”

Charlton have not been beaten since Blackpool cruised to a 3-0 win at The Valley on February 27.

“After that game a few things got said – it wasn’t acceptable,” explained Pearce. “As a group we knew that – for the club, players and individuals. We didn’t want the season to just peter out and it be a wasted one.

“We got together, a few things were said and it galvanised the group. Once you get that momentum it bodes well.

“The new gaffer has come in and he’s been a breath of fresh air – bringing people together – and great tactically. Everyone is believing and buying into what he wants us to do.

“We don’t want to get carried away but as long as we keep doing the right things then I’m sure we’ll be there or thereabouts.”

“They have different styles,” said Pearce, who has the most Charlton appearances (142) in the current squad. “Bow came in, his first managerial job, and he did great. There’s plenty I’m sure he’ll have learned from the experience of being Charlton manager.

“I wish him all the best at Birmingham. I spoke to him when he left. He did well for the club and he moved players on positively.

“It is a fresh start for everyone under the new boss. Sometimes that is a really positive thing. It could’ve gone the other way but we’ve managed to keep the unbeaten run going.

“They were two huge games we’ve just had – and we got six points. It gives us a lot of confidence. We have to try and win most of the games we’ve got left.

“We’re at a good level now and we’re believing we can win every one, that’s a real positive sign.

“I’ve been in teams that have got promoted and there is a good feel around the place. When you have got that you look around at your team-mates in the dressing room and you think ‘yeah, we’re on it today’. We’ve got that at the moment.”