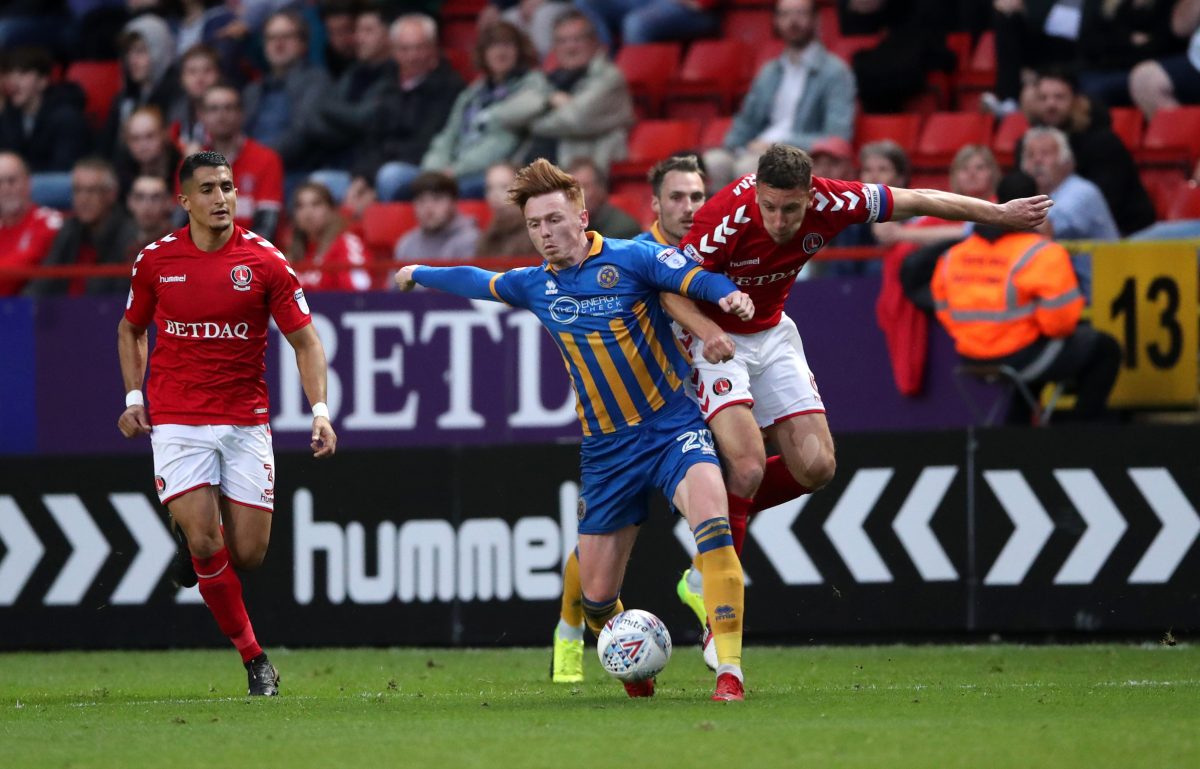 Jason Pearce has spelled out that Charlton Athletic have not lost faith in their promotion prospects despite a 1-0 defeat to Shrewsbury Town last night.

The Addicks are at a disadvantage after the loss in SE7 but have the chance to make amends in the League One play-off semi-final second leg on Sunday.

Pearce said: “We’re disappointed in the changing room but the manager and lads know it is halfway – we have got to score a goal in the play-offs to go through anyway. We have got to go there and win the game.

“You want to win the home tie but it wasn’t to be. The lads gave everything. It was a brilliant strike by [Jon] Nolan. We’ve got it all to do, but we’re confident we can go there and win.

“We knew it was going to be a tight affair. We kept it relatively tight at the back, apart from the wonder strike. First half we felt we played better, they came on a bit more in the second half.

“We’ve got to stay positive. It’s a quick turnaround to go there. We’ll make sure we’re focused and ready for the return.

“It’s been like that a lot this season where we have been on top and not taken the chances. Goals change games and when we’re on top we have to take our chances. When we go back up there it will be a tough game. We’ll go and give our all.”

Pearce said: “That will be at the back of our minds. We know we can do it. We’ve got to stay positive and not be downbeat thinking we have lost the tie, because we haven’t. We’ll go again.

“The fans saw we gave everything. They clapped us off, they’ll be right behind us on Sunday.”

Bowyer was critical of Shrewsbury time-wasting. But Pearce said: “Yeah it is frustrating. But if we were in that position, we’d do the same. It’s just part of football. We’ve got enough time to get a couple of goals.

“Possibly [expect more of it in the second leg]. But we’ll make sure we’re onto the ref and he’s onto that.

“We battled them and have got to out-battle them again and get a result.”