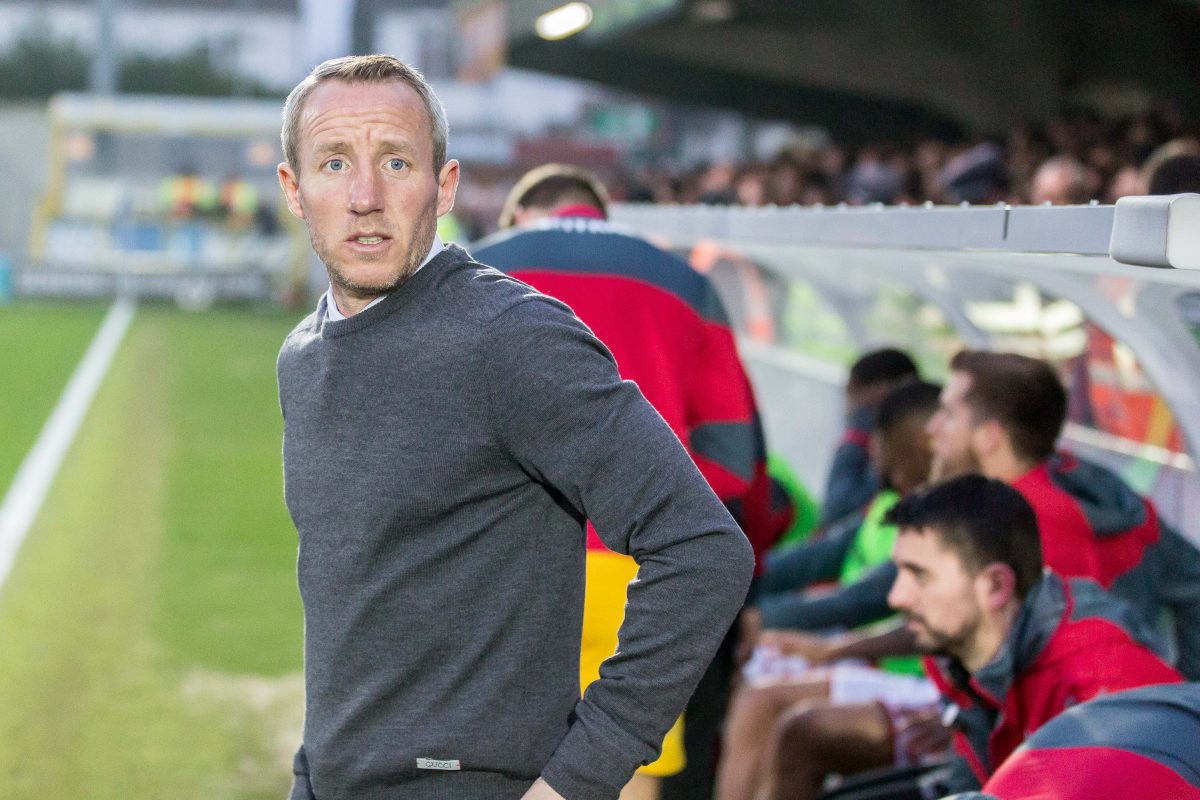 Lee Bowyer admitted his Charlton side failed to match AFC Wimbledon’s appetite for the battle in tonight’s 1-0 defeat at the Cherry Red Records Stadium – describing matchwinner Lyle Taylor as “outstanding”.

Taylor struck twice in the 3-1 FA Cup win for the Dons in December and also ruthlessly punished a mistake tonight by Patrick Bauer, picking up the ball after the German defender’s slip and finishing past Ben Amos.

It was a first defeat for Bowyer since he took caretaker charge. He said: “We knew what it was going to be like. That’s the way they play, we prepared for that and they done what they do. They competed better than us. We competed – but they were a lot stronger than us, won more balls.

“The goal is a mistake, same as Saturday. So we’ve dropped more points today from a mistake – you can’t control that.

“But look at the positive side of it, we’re still in sixth and it is still in our hands with five games to go. But now we can’t afford any more slip-ups, simple as that. We have to win on Saturday at home.

“They are good at what they do, they stopped us playing. They dropped into a 4-4 and said come and break us down. There was no space for our players to get on the ball. It was a difficult night, we didn’t hold it up up top at all. Same as Saturday. Lyle Taylor was outstanding, outstanding – that was the difference.

“I said at half-time we made it easy for them [in midfield] because they had two in there and we had three but we all seemed to go in the same area and congesting everything so their two could cope with our three. Instead of keeping some distance to make it harder for the midfielders to get closer to us.

“We didn’t really pass it in the second half, when we did it was too slow. It just wasn’t a very good performance. Did we deserve something from the game? Probably not. It’s nowhere near what we have been showing since I’ve been in charge.

“But we’ve got five games to go. It is still in our hands.”