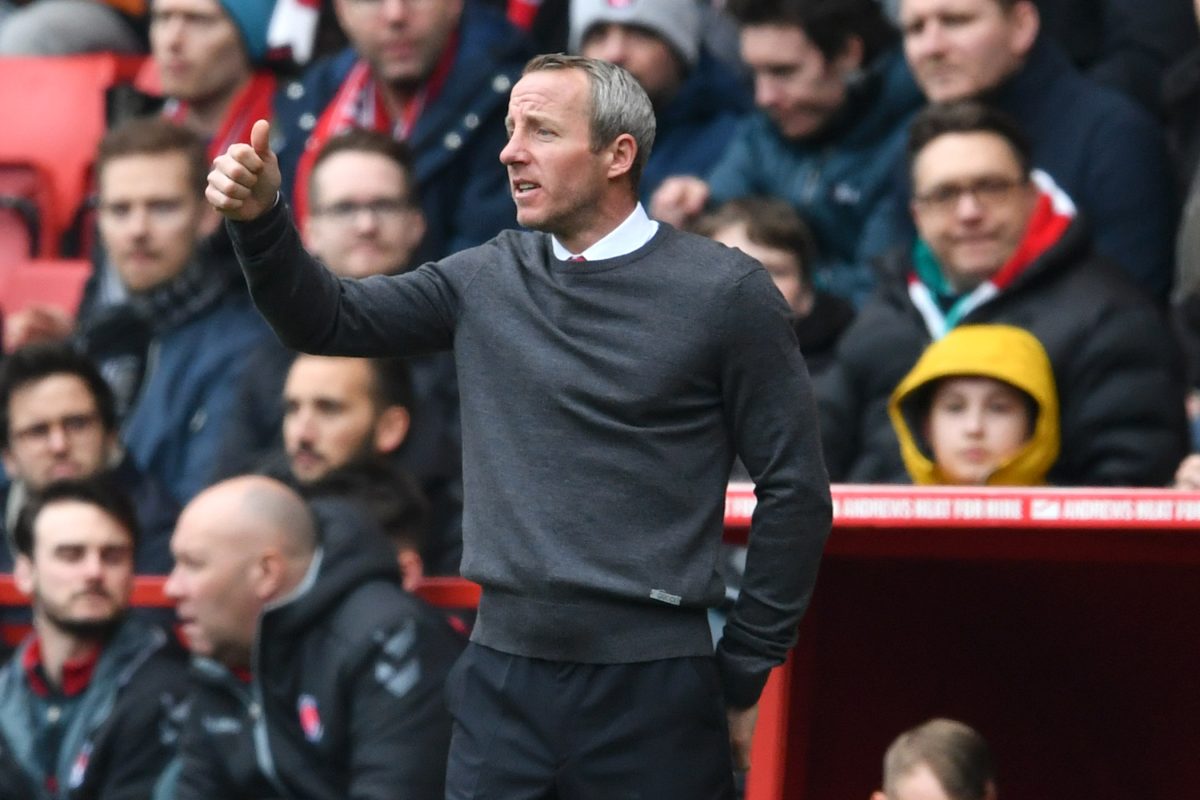 Lee Bowyer underlined that he will be calling the shots as Charlton Athletic boss after kicking off his caretaker spell in charge with a 2-0 win over Plymouth Argyle by promising: “If I fail then I will do it my way.”

Lewis Page and Michal Zyro netted in the first half for the Addicks as they clinched only their third League One home win of 2018. And they are now within two points of the play-offs again.

Bowyer opted for a diamond midfield – a tactic he opted for after watching one of Argyle’s recent matches.

“It couldn’t have gone any better,” was the Charlton caretaker’s assessment on his first match in charge. “Three points and a clean sheet. Everybody worked as a team. We moved the ball well and created chances. We maybe could’ve scored four or five on another day.

“Our keeper made a great save at 1-0 but they are a good team. It was perfect.”

Asked about the home side’s line-up, Bowyer said: “We worked on that yesterday. I watched Plymouth on Wednesday against Bristol Rovers and basically their sitting midfielder ran the game against a 4-4-2. I was worried about that because we’re at home. For my first game in charge I didn’t want them to dictate the play and run the game.

“It was a case of how can we counter-balance that? A diamond will do well against that.

“We have got players who can play that formation, that is why I went with the diamond. It doesn’t mean I’ll be doing that on Friday. I’ll watch Northampton and see what is the best way to play.”

Bowyer was less animated than Karl Robinson, who resigned on Thursday.

“You can’t get carried away,” he said. “It is just one win. We have got nine games to go. It is in our hands now – two points behind with a game in hand [on Peterborough] and two in hand on Scunny.”

Asked if he now had the bug for management, Bowyer responded: “You can’t just do it [make a decision] on one game. If I quit now I’ll have a 100 per cent record. The players went out there and performed. I said to them I won’t accept anything less, hopefully I get the same on Friday.”