Charlton Athletic manager Lee Bowyer has been nominated for League One’s Manager of the Month award for October – with Ben Amos up for the playing accolade.

The Addicks were unbeaten in that period – winning five out of six matches – and did not concede a goal.

With that superb defensive record it is no surprise that goalkeeper Amos is in the running for Player of the Month.

The winners will be announced on Friday morning.

LEAGUE ONE MANAGER OF THE MONTH NOMINATIONS

Lee Bowyer (Charlton Athletic)
Unable to bring in players until the club takeover went through, Bowyer spent the first half of October recruiting a team and the second half winning matches, five out of six in an unbeaten month – and without conceding a goal.

John Coleman (Accrington Stanley)
Positive COVID-19 tests and postponements limited Stanley to just four games in the month, but Coleman certainly made the most of them as his team collected three victories to stay mid-table and with plenty of games in hand.

Darren Ferguson (Peterborough United)
Goals galore as Posh returned to their favourite style under Ferguson, displaying their attacking prowess, collecting 19 points from seven unbeaten games, moving into the play-off places and hitting the net 17 times in the thrill-a-minute process.

Kenny Jackett (Portsmouth)
For the second successive season, a fitful start had fans questioning Jackett’s position. Just like last year, he has answered them emphatically with his side coming together to win five of its October games with a 15-7 goal differential. 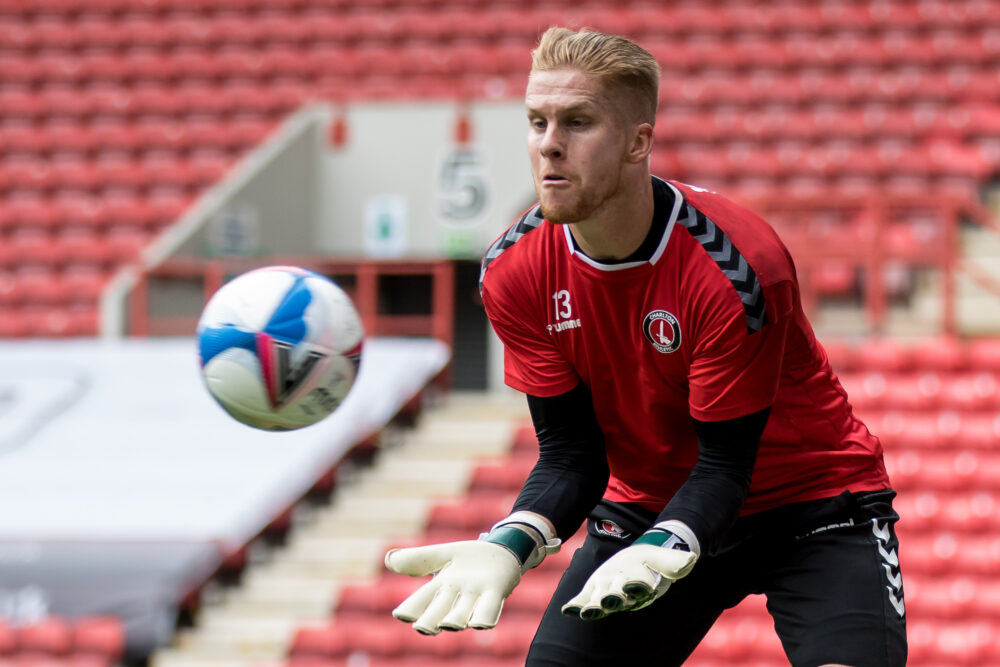 LEAGUE ONE PLAYER OF THE MONTH NOMINATIONS

Ben Amos (Charlton Athletic) – goalkeeper
Finally given an opportunity to shine at The Valley, Amos has done exactly that, not conceding a goal in six October games and making crucial stops in every match, including breathtaking reaction saves against Sunderland and Northampton.

Siriki Dembele (Peterborough United) – striker
Taking on the mantle of the departed Ivan Toney, Dembele’s growing maturity has translated into improved consistency alongside his love of taking on defenders. Quick and brave, he had two assists and five goals, including a hat-trick against Shrewsbury.

Marcus Harness (Portsmouth) – striker
The highlight of a month in which he scored five goals and had two assists was a stunning hat-trick at former club Burton. He showed off his skill and vision with a clever backheel for his second goal before an audacious piece of skill set up his third.