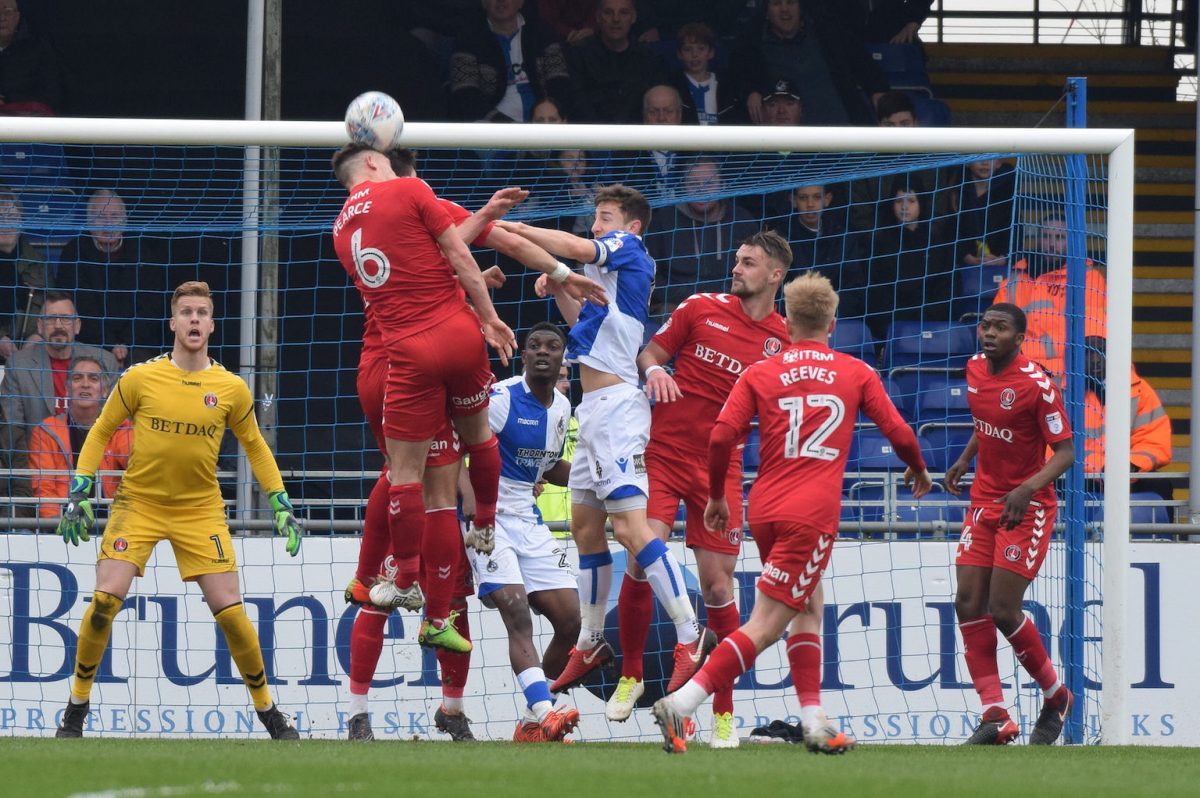 The Addicks have won three and drawn one of the former midfielder’s four games in temporary charge – a run that leaves them sitting inside League One’s top six.

“I think he’s brought his own philosophy,” said the stopper, on a season-long loan at The Valley from Championship side Bolton Wanderers.

“He’s gone two up top for large parts. He’s kept it quite simple, not overcomplicated anything. You win a couple of games and that belief comes back. You can’t really put your finger on why sometimes. The lads are looking confident now.

“[Defensively] we’ve looked stronger but I’ve always said that starts from everyone. Starts from the front lads and the lads in front of the back four. The centre-backs look like they’ve had it real comfy. That’s largely due to the team and how they press together. I think we’re doing that well. Whoever comes in and plays in that back four, they’re all good enough.’

Charlton’s three-game winning streak came to an end when they were held to a 1-1 draw at Bristol Rovers on Saturday.

Kyle Bennett capitalised on a Jason Pearce error to fire the Gas ahead midway through the first-period, with Ben Reeves equalising on the stroke of half-time.

“The lads at the back have been brilliant of late,” explained Amos, when asked about the misplaced header from Pearce that led to the opening goal.

“It was the right decision from Pearcey but just the wrong execution. We’ll keep making the right decisions. It should have maybe been another clean sheet and hopefully we can get a few more before the end of the season.

“Of late, even when we’ve conceded I’ve not been phased. I’ve always thought we’d get back in the game somehow or have very good chances to get back into the game. You’ve seen some players come into really good form, like Ben Reeves today was unbelievable, the shift he put in and the quality on the ball. We just need to take this into Tuesday (against AFC Wimbledon). A win on Tuesday and it’s thirteen points out of fifteen, that’s not bad going.

“It was a battling team performance. We didn’t play how we wanted to play or expected to play. Give Bristol Rovers their credit, that was partly down to them. But at the end of the day a lot of good teams will have come here and dropped points this season so a draw in the end is probably not a bad result.

“It’s a tough place to come. It’s a tight compact ground. It’s probably the most unique ground in the league in a sense. They really get behind their team. It’s a tough pitch. In the end, it’s not a bad point.

“As long as you’re coming away from home and staying unbeaten, that will be our goal until the end of the season. There’s tough games from now until then but there’s none that we don’t believe we can’t go and win. Even the likes of Shrewsbury and places like that, we know if we can turn up and play our best stuff we can put any team in trouble really.”

The Addicks travel across South London to face AFC Wimbledon on Tuesday evening as they enter the final six games of their League One campaign.

“It’ll be another tough game. We played them in the FA cup there and it was a similar atmosphere to this, similar style of play to Bristol Rovers to be honest. It will be tough. We’ll have to turn up, be aggressive and hopefully take all three points home.”