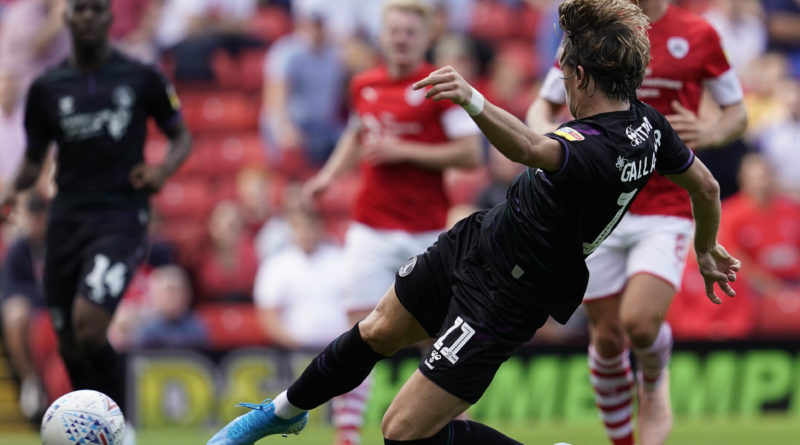 Charlton were pleased to take a point from a tough game at Barnsley, according to midfielder Conor Gallagher.

The 19-year-old, on loan from Chelsea, had drawn the South Londoners back onto level terms shortly after a spectacular volley from the Tykes’ Cauley Woodrow had broken the deadlock ten minutes before the break.

Conor Chaplin edged the hosts back in-front early in the second-half but the Addicks were level again after a foul on Gallagher led to a late penalty being converted by Lyle Taylor.

“We would have hoped to have come away with all three points but I think the way the game went, we were happy to get the late goal at the end and take the point.

“We went into the game wanting to win and had chances to win the game. But the way the game went, going down twice, we would take a draw and a point.

“It was a very tough game, for me and the other midfielders especially. The way they press, you get no time on the ball. You could see I lost the ball a few times from them pressing quickly. It was a tough game but to come away with a point, we’ll take it.

“I think you saw in the game that we went longer a lot. They press high so there’s space in behind. That’s what we tried to do and we caught them out a few times and made a lot of chances from it. I think we adapted well.”

Gallagher’s first-half goal was his second so far of the season, and he also drew a foul from Barnsley defender Bambo Diaby late on inside the area to ensure his side had a share of the spoils.

“The most important thing is to get the points on the board and to know I’m helping out with that is the main thing. I’m buzzing with the goal today and hopefully I will carry on.

“I try and make the box as much as possible. Scoring is something I want to do within my career. Obviously, you’ve got to have the players around you to help and at Charlton there’s many great players. The main thing is for the team to get as many points as possible and hopefully I score a few more goals.

“When I took the touch and saw [Diaby] coming I thought he’s running quite fast. He’s going to try and tackle me. I thought I’ll just get my toe to it, I’ll wait for the touch that did, I’ll fall over and hope for the penalty. That’s what happened.”