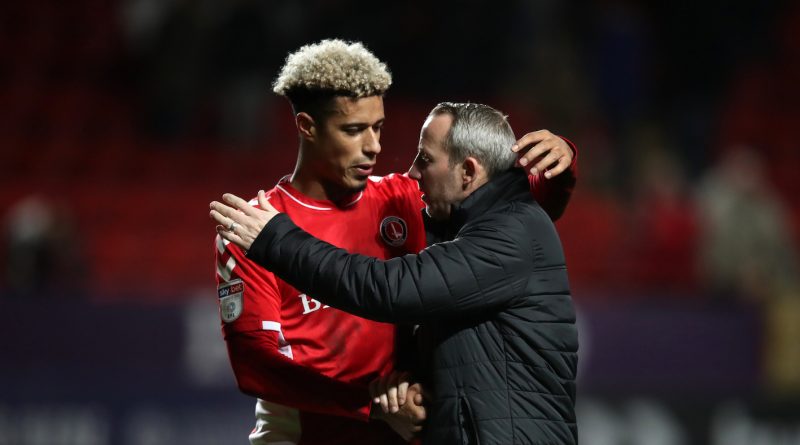 Charlton manager Lee Bowyer will tell the football authorities he fears for his players’ health if they have to
return to matches too early – and that some might refuse.
But he is also adamant that the Championship table cannot stand in its current form, if relegation for the
Addicks is the result.
The Valley club’s small squad – which had up to 15 players out for long spells of the season – would be
vulnerable to injuries again if they are forced to play the remaining nine games in little more than a month, he
asserted.

The team returns to individual, separated training on May 25 – but then may only get three weeks before behind-closed-doors matches start.
“People are going to get injured,” he said. “Teams with bigger squads will benefit. But if the EFL say that is what we have to do to finish the season, it is what it is.
“I will tell the EFL and the League Managers Association it would be scandalous if they try to relegate us on our current position.
“We drew against Hull on December 13 – they scored in injury time – and they had injuries when we were
due to play them in the first game that was cancelled on March 14.
“I would have fancied us to win, which would have taken us out of the drop zone.
“We’ve only been there a matter of days before the cancellations. If they called it days before, it would have
been Middlesbrough in the bottom three.
“So if things had stopped a week earlier or a week later, we would be safe. Everyone keeps talking about
integrity. So if you have not played the number of games you signed up to play at the start of the season, you
should not be relegated. That would be scandalous.”
Bowyer is talking to his players about a return but two of his players’ partners are pregnant – Jason Pearce and George
Lapslie.
He said: “I will be asking who is coming back and who is not.
“Some will have reasons for not wanting to.
“Some might say they do not want to risk it because of the risk to their families.
“It is not as straightforward as some seem to think.
“I do think the players will come through. Near enough all will say yes. But there might be two or three
who say they cannot.”
Bowyer had warned an average-points-per-game final table – and therefore relegation for Charlton – would ‘kill’
the club.
He said he wanted to decide the league table by taking the results from each team’s initial fixtures against each other this season – resulting in Charlton being 18th, with Barnsley, Wigan Athletic and Stoke City all relegated.
“[Points-per-game] would kill our football club,” he told Sky Sports.
“We would struggle. I don’t know the extent but it would be bad. We’re not in a great position anyway. To be
called as it stands today would be wrong on every level.
“For us as a club it wouldn’t be acceptable.”

On the issue of games continuing into July, he said: “I’ve got nine players and six loan players, 15 in total who could just say ‘I’m done’. We’ve got Lyle Taylor and his contract ends on June 30.
“He’ll probably go somewhere else and will earn more money than he’s got in his career.
“It could make him for the rest of his life.
“Is he going to put that in jeopardy with the injury risk before a dream move? I don’t think so.”