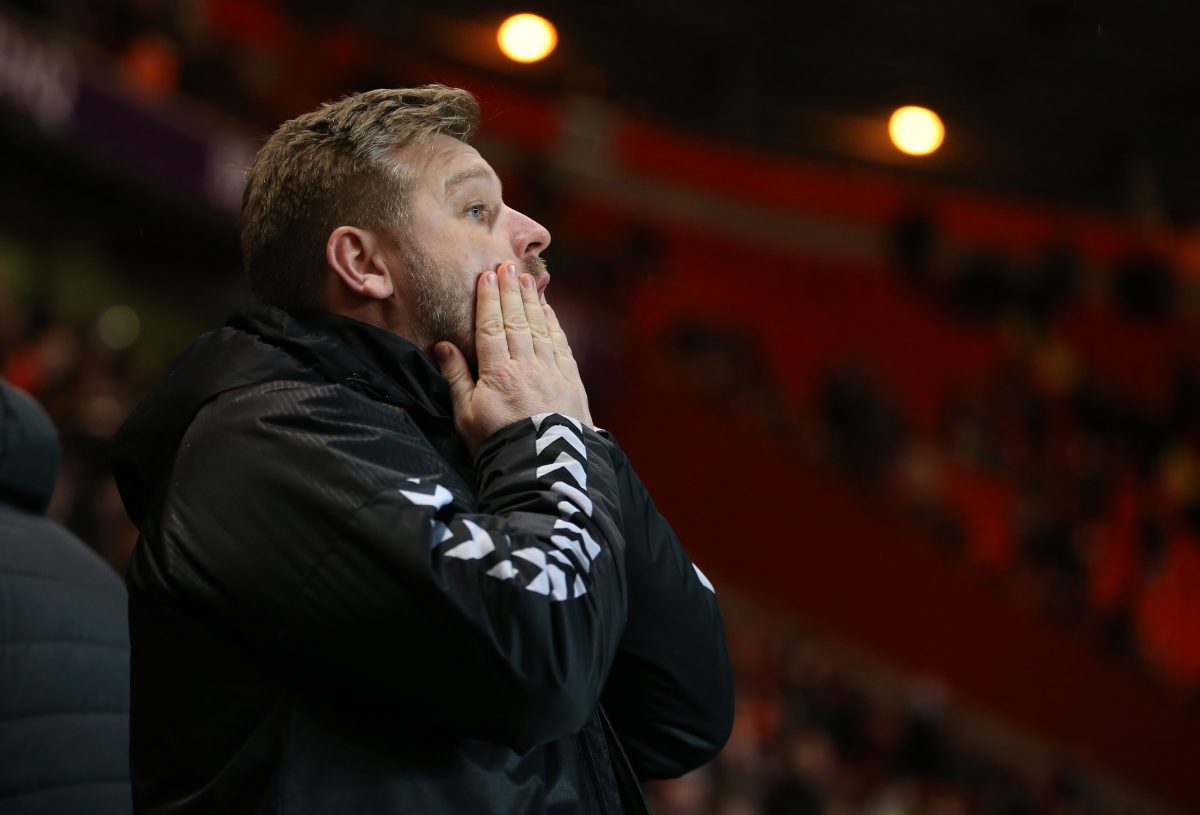 Karl Robinson has hit back at claims he lacks a plan B for his Charlton Athletic side.

The Addicks have dropped seven points by conceding late in three matches in February – but can move back into the League One play-off zone with a win at Milton Keynes tomorrow.

And Robinson rejects the claims by some supporters that his tactics are too inflexible.

“We go long to Josh Magennis at times and we also play through the thirds when we have to – this plan A and B is a myth in football,” said the Charlton manager. “People forget very quickly in this industry. We’ve sold £10million-worth of players and not spent six figures. It’s been very clear what I can and can’t do. The wagebill has come down and it is much more streamlined. It means when things do happen at the football club it is in a great position to move forward.

“We are two points outside the play-offs with two games in hand. I don’t really see the problem.

“People talk about not having a plan B or plan C but it was a deflected cross [against Bradford] – Chris Solly gets across his man but it nicks off Ez [Konsa] and he’s had to put the brakes on a little bit. The other player has come through to score. That’s not down to tactics, shape, style or a plan.

“People forget how well the team has done this year. I think they are more frustrated than annoyed. They know this team should be scoring more goals – that’s not down to tactics. We are certainly creating chances. They just have to be more ruthless in front of goal and have got to pick the right options more often than not – that would help. Sometimes we choose the wrong decisions. But when you look at the players in those positions, they are all young.”

Robinson has preferred Jake Forster-Caskey in central midfield ahead of Joe Aribo. The 21-year has been benched since the end of January despite scoring in his last start.

“I think the world of Joe but the partnership between Jake Forster-Caskey and Ahmed Kashi is very solid,” said Robinson. “Jake was excellent on Tuesday with the distance he covers, regains and passes forward.

“I’ve got three very good players in that position. It may mean turning Joe into a number 10.”