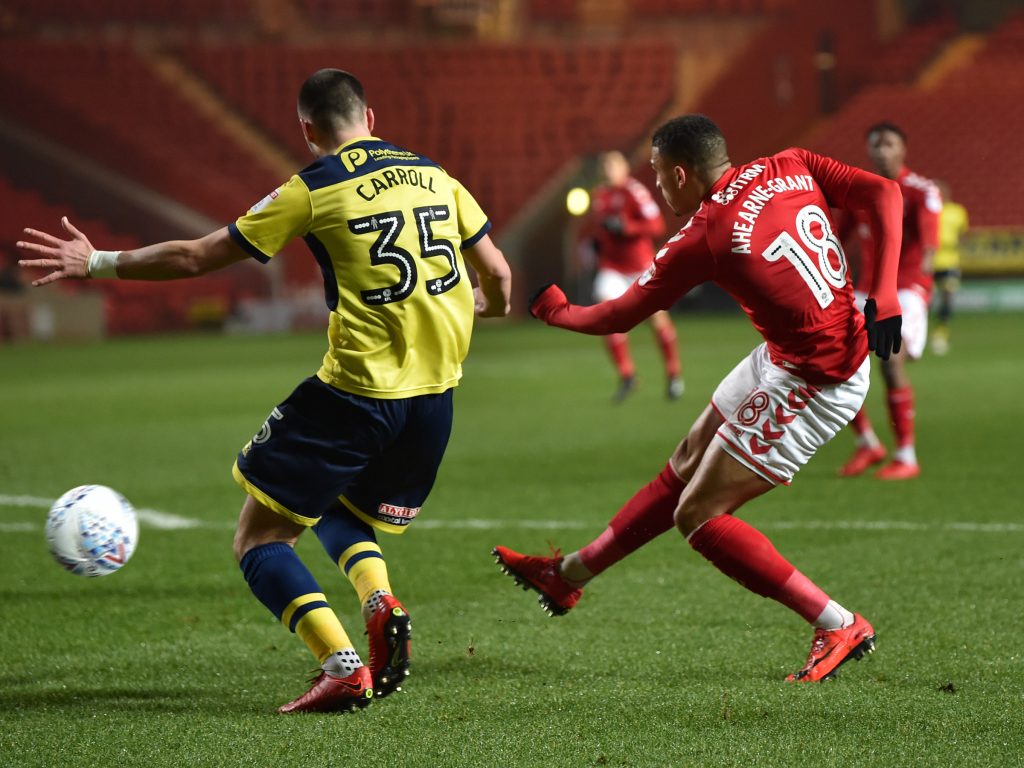 Charlton have been knocked out of the EFL Trophy after a 3-0 penalty shootout defeat to Oxford United – after the contest finished 1-1 after the normal 90 minutes.

The Addicks failed to convert all their spot-kicks and it was left to Agon Mehmeti to seal the visitors’ place in the quarter-finals as he kept his composure to fire high into the top right corner of the net.

Johnnie Jackson, Stephy Mavididi and Reeco Hackett-Fairchild all missed their spot-kicks – the first two were saved while the latter smashed over.

Karlan Ahearne-Grant struck a fine opener for the Addicks but they were pegged back early in the second half by Wes Thomas.

Charlton boss Karl Robinson went with a 3-5-2 formation that saw Jackson and Anfernee Dijksteel both playing in the back three with only Ezri Konsa as a recognised centre-back.

The goal from Ahearne-Grant summed up the ability that the youngster possesses. He glided inside from the left of the penalty box and produced a blistering shot across Scott Shearer.

It was the 20-year-old’s fourth goal this season, only one of those has been in the league but he has left behind a 25-month barren spell which ended in November.

Ahearne-Grant was replaced in the 33rd minute by Reeco Hackett-Fairchild but it seemed a precautionary move by the Addicks, especially considering their injury tribulations in this campaign.

Ahmed Kashi stung the hands of Shearer with a venomous effort while Konsa also lashed wide when well-placed.

On the balance of the first 45 minutes, the Addicks deserved their one-goal advantage.

Oxford did not take long to level things up as Dijksteel got the wrong side of Thomas and he bombed into the box before clipping a low drive beyond Dillon Phillips.

And it could have got worse for the hosts as United began to have a spell. Ryan Ledson curled narrowly wide before Phillips partially dealt with another attack as he blocked Thomas as once again he muscled through with Jackson clearing off the line from substitute Malachi Napa.

Marshall glanced a Jay Dasilva cross wide at the back post just before the tie moved into stoppage time. Hitting the target was the minimum expectation.

Substitute Stephy Mavididi was not far away with a turf-skimming shot which just rolled past the right post. It was the last action before the penalty shootout.

But Charlton’s players proved equally as incapable of converting from the spot as they missed all their spot-kicks as Oxford progress to the last eight.