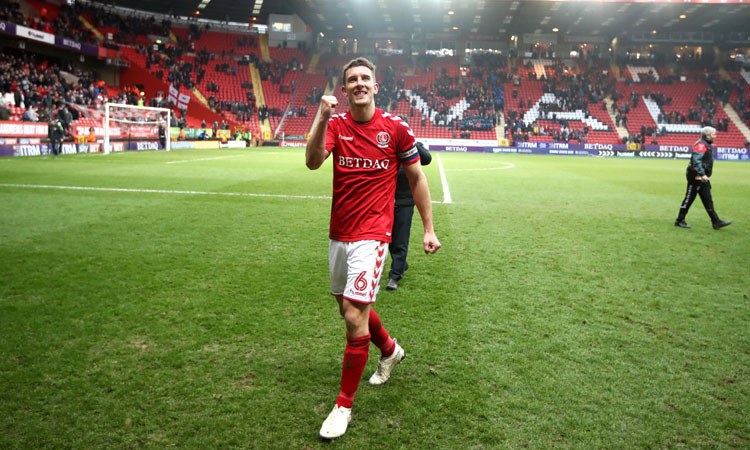 Jason Pearce believes Charlton are hitting their stride at just the right time.

The Addicks have won their last three and broke into the play-off places after Monday’s 3-1 victory over promotion rivals Rotherham.

And the change in their fortunes, and the handover to Lee Bowyer as manager, has come at just the right time.

“Momentum is all-important,” he said. “The team with the impetus always does well. I remember Barnsley in 2016 just sneaking into the top six – they beat us in the second-last game. And they went on to win promotion.

“The play-offs are a lottery. But if you have the belief at the right time, it can make all the difference.

“Lee has got us all believing in ourselves. That has really shown on the pitch. Three positive results has been a big change in our confidence and to our position in the table.

“Karl Robinson was a very very good coach in his own right. But results were not quite right and the club thought a change would help. Sometimes it has a positive effect and that is what has happened.

“Johnnie Jackson is a legend at Charlton. He is in that transitional period between being a player and a coach. We still see him as a member of the squad but he is doing a lot more behind the scenes. It is important to have those experienced voices, making sure we are going down the right path.

“There are dangers. When you go on a good run, you can sometimes get complacency in the squad. Some people think they can just turn up and that is enough to win the game.

“But the manager especially has been on at us that what got us the wins was working hard and that we need to keep doing that.

“We have to go on winning our battles.

“The other issue is if things don’t go your way. If you lose when you should have won, you must try not to get too down. It can be hard to stay positive. But it always needs just one result to change that.”

One of the experienced voices in the squad is Pearce himself – he has worn the armband at a few of his former clubs.

“I feel like I am a leader,” he said. “We have a few younger players. It is up to us senior ones to keep standards high on the training ground and on the pitch.

“I can do the shouting but I see it as more important to encourage, to help the lads and try and bring out the best in everyone.

“I am very passionate and it shows in the way I play. But at the moment we have a lot of players coming through from the academy, who have the potential to go on to a higher level. They know they will get a chance here.

“Ezri Konsa is a young but very talented player. He has a lot to learn. But he is playing week-in, week-out. The best way is to encourage them.”

Pearce also stresses how important senior players are to the stability of the club when there is speculation over a takeover.

“When everything is sorted, there will be a bit more stability but we cannot allow the speculation to affect us,” he said. “What happens off the pitch has nothing to do with us as players.

“It looked like it was affecting us when we were on a tough run.

“But it was nothing to do with that. Now we have proved it by getting good enough results to be in the play-off places.”