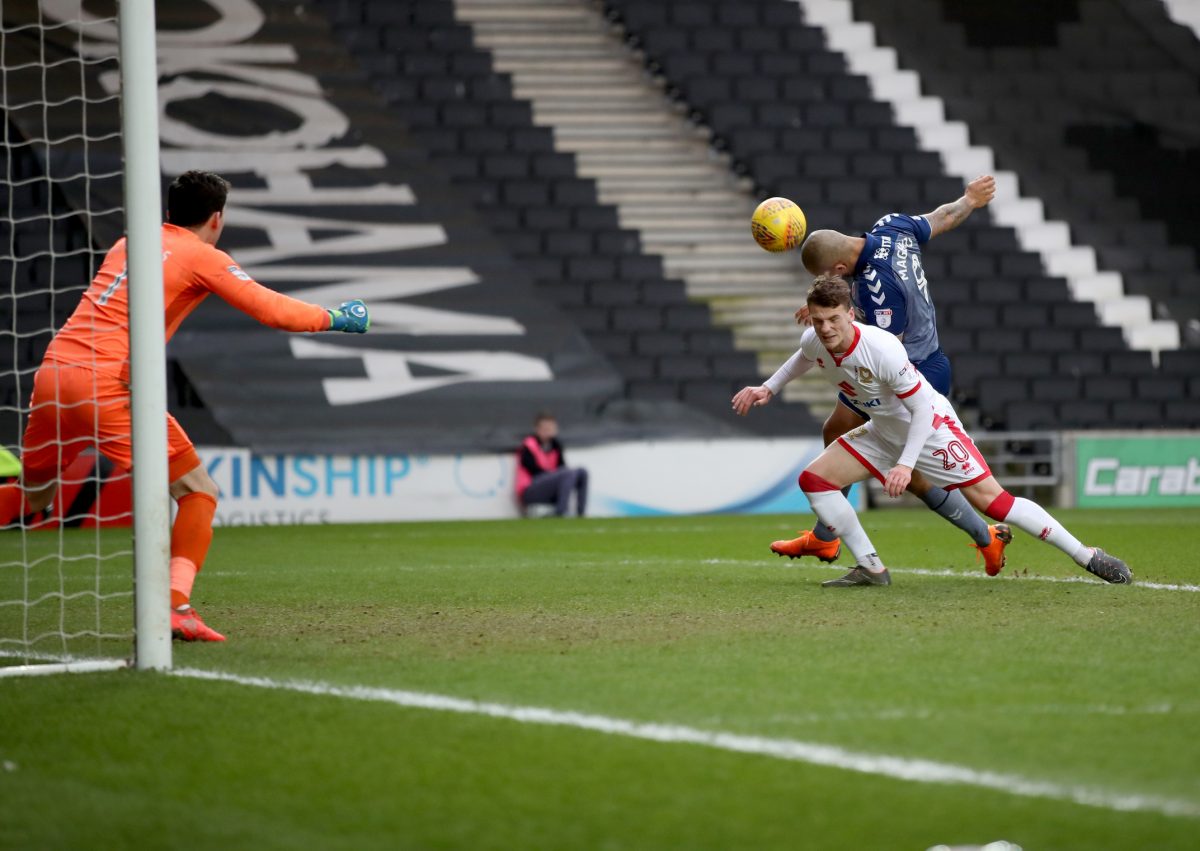 Josh Magennis has set about silencing his doubters with three goals in his last four Charlton Athletic appearances.

The Addicks frontman had already plundered six strikes this season for club and country before the end of September.

But a lean spell in front of goal, that saw him fail to trouble the scorers for fourteen Addicks appearances in a row, had caused some supporters to call for a spell out of the side for the Northern Irish international.

However, the 27-year-old has rediscovered his scoring touch recently, including the goal that proved to be the winner at Milton Keynes on Saturday – and hopes Addicks fans will once again place their trust in him.

“Football can be up and down. It’s a rollercoaster. You’re never in the middle. You’re either sky high or you’re lower than a snake’s belly under a top hat. You’ve just got to go with it. If there is doubters, you’ve just got to keep your head down, work hard and try and prove them wrong.

“The form I’m in at the minute, I feel great. The midfielders and wide men are finding me. It’s making me play even better. If there’s doubters, that’s football. People still have doubts over Ronaldo and Messi. With me, you’ve just got to take it on the chin and just push forward. The support I’ve had since I’ve come here has been nothing but great.

“Supporters pay their money and are entitled to their opinion. You’ve just got to take it on the chin whether you like it or not. Hopefully it’s not personal, I don’t think it is. When you score they start singing your name again. Football swings in circles, you cant take anything personally. If you do, you’re in the wrong business.

“It’s always nice to score. Since I’ve been here the support has been nothing but brilliant, especially towards myself and the lads. Hopefully it’ll continue and not only myself my more importantly the team will go on a run and we can put some distance on those below us.

“I’m delighted,” added the striker, signed from Scottish side Kilmarnock in summer 2016, of his recent hot streak.

“The gaffer has trusted in me, he keeps playing me. I keep working hard in training. I know with the quality we have. The ball that came in for my header today it would have been nearly impossible for me to miss. The lads are back and full of confidence and we’re creating chances which is a massive thing. We went a long time where we weren’t creating anything so there’s a big buzz about the place.

“When you play for Charlton you have to have the expectation and you can’t shy away from it. Unfortunately, sometimes this season the results haven’t gone our way but we’ve just kept working hard and we know we have more than enough to go on and minimum finish in the top six. We’re in there now and it would be absolutely catastrophic if we didn’t finish there.”