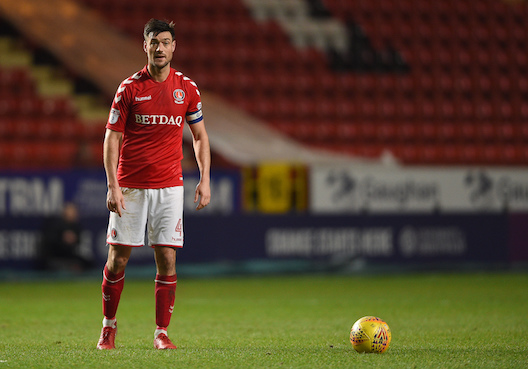 Charlton captain Johnnie Jackson is back in the matchday 18 for today’s visit of Blackburn Rovers – and it will be his last ever Valley home game as a player if the club do not make the League One play-offs.

The Addicks skipper has been missed with an Achilles problem but is on the bench and will play his 499th career match if he comes on.

Bowyer makes just one change to the side which won 1-0 at Portsmouth last weekend as Mark Marshall replaces Tariqe Fosu, out with a hamstring injury.

There is no place on the bench for Crystal Palace loanee Sullay Kaikai. Stephy Mavididi has recovered enough from his hamstring strain to be named amongst the substitutes.

Blackburn have lost only once in the league since October 14 and they have already clinched promotion to the Championship.