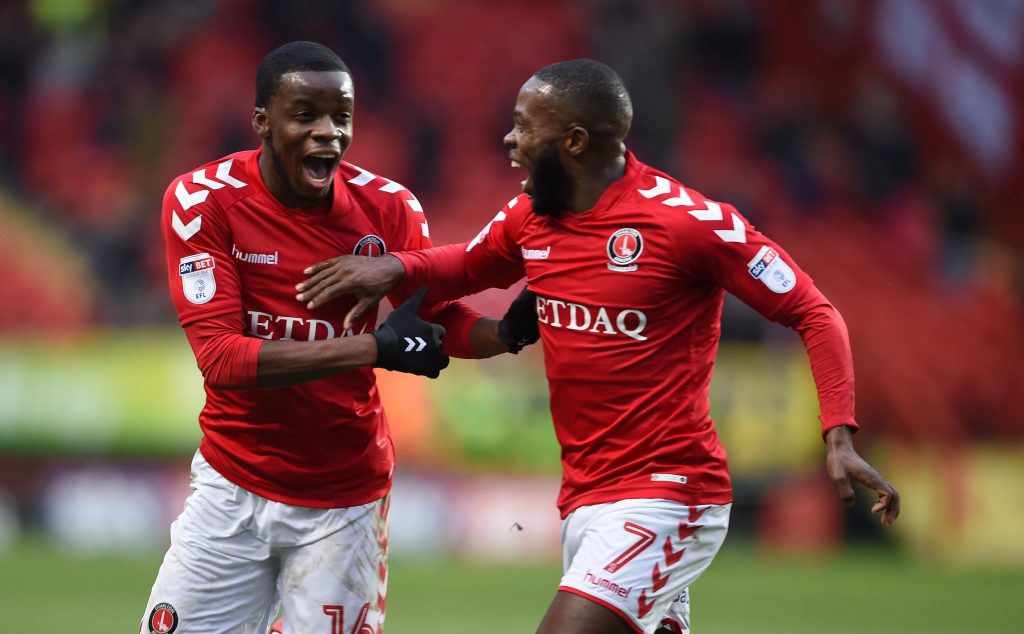 Winger Mark Marshall insists that Charlton can still hit the heights in the League One table, even if it proves to be a dry January in the transfer window at The Valley.

Saturday’s 1-0 win over Oldham Athletic leaves the Addicks just one point shy of a play-off place, as Karl Robinson’s men tasted victory for the first time in nine league games.

But the Charlton boss has bemoaned the fact that he won’t be able to add reinforcements to his injury-hit squad this month – as owner Roland Duchatelet is unwilling to dip his hand into his pocket whilst he negotiates a sale of the South London outfit.

Marshall remains confident that the Addicks, who dropped out of the play-off places over the Christmas period for the first time since September, can wrestle their way back into that top six.

“I’m a very positive person,” explained the summer acquisition, who was snapped up after he rejected a new contract at Bradford City.

“You don’t want to focus on the negative. We have what we have. We have a good team and we’ve just got to build. Today is the start of something new hopefully. We can get to where we want to go, through playing hard and working together. If we get new players that’s a bonus but we’ve got to work with what we have. I can’t say to you that we’re going to get down in the dumps if we don’t get new signings. We need to work hard and graft and hopefully everything can go in the right direction. That’s what everyone wants here.

“If you look all the injuries we’ve got – when these players are coming back there’s reasons to be cheerful. We’ve got loads of quality to come back. Ultimately, they will be like new signings.”

Arsenal loanee Stephy Mavididi’s first ever senior goal, a superb solo effort after 27 minutes, secured the slender win over the Latics – although there were some nervy moments in the second-half as the visitors pushed for an equaliser.

“For the defenders, getting a clean sheet is always a bonus for them. We worked hard as a team and in any game, you’re going to have moments like that. When you go on a run like we’ve gone on, you’re trying to win by any means.

“We’ve had a few disappointing results, not for the want of trying. When these things happen, you have to find a way to win and we did that today. It wasn’t a pretty game but we found a way to win – that’s what you’ve got to do. Sometimes its’s going to get like that. Even the best teams go through that patch and you’ve got to find a way to win. Today we came in with a game plan and ultimately Stephy Mavididi came back and gave us the little spark that we need and got us the goal.

“When things are not going great, you’ve got to freshen it up. It something is not working and you keep doing the same thing, you’re going to get the same results. The gaffer changed it up today and we got a result that we desperately needed. Hopefully we can kick on. It’s crazy how we’ve gone eight games without a win and we’re still only a point off the play-offs. It’s nothing to get disheartened about. We need the fans and everyone to get behind us and hopefully we can kick on from here.”