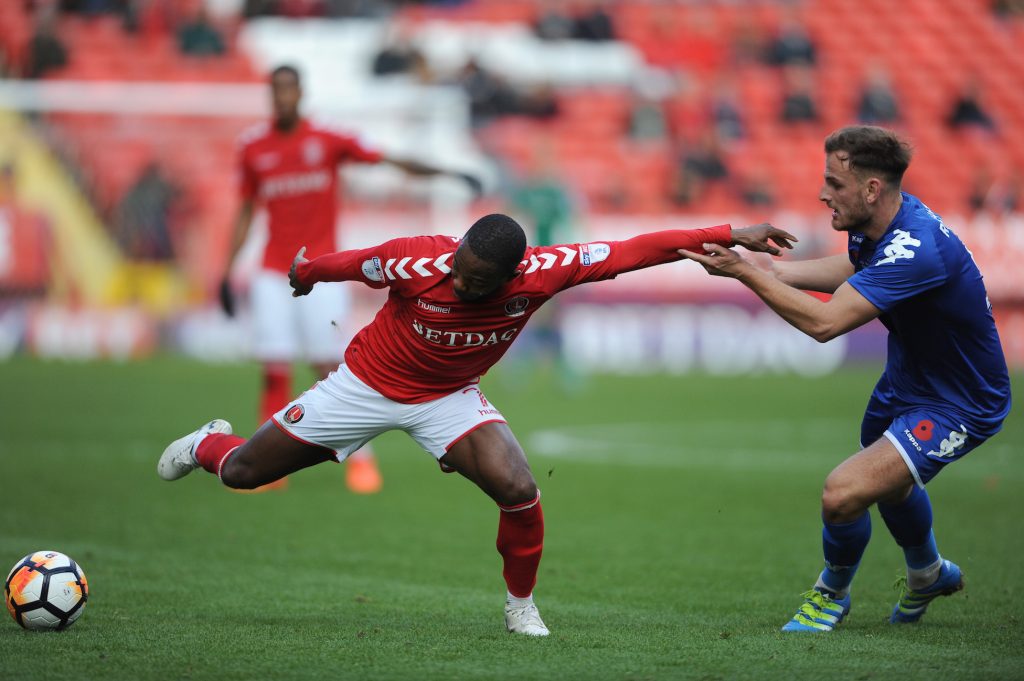 Charlton winger Mark Marshall aired his frustrations after the start of his Addicks career has been blighted by injury, writes Louis Mendez.

The former Bradford City man signed a two-year deal with the South Londoners in the summer but then suffered a serious knee injury during a pre-season win at Stevenage that kept him out until late September.

The 30-year-old has finally made his first two starts for his new employers this week in the wins over Fulham u21s in the EFL Trophy and Truro City in the FA Cup, scoring the Addicks’ second goal in the latter.

“It was frustrating when you come to a new club and you want to make an impact but you get injured two weeks into pre-season,” admitted Marshall, who grew up in nearby Deptford.

“Initially the first two or three weeks were difficult but once I got my head around that, I got my head down and said you’ve got to go and work hard. Try to get as much rest as possible and work when I need to work. Try to eat as healthily as possible. It helped me out in the long run.

“As a person doing a job, if you can’t do the job for whatever reason you get frustrated. I’m just happy to be back and I just want to help the team.”

Marshall, who Addicks boss Karl Robinson has described as the best winger in League One, says that he still needs more game time to return to his full match-sharpness.

“No matter how much running you do when you’re injured it’s never like match fitness. I do feel good though, I’ve been trying to live as healthy as possible. We’ve got a good sports science team and GPS and stuff that show you how much distance you cover. I feel good in my body. I can only take the opportunities given and try to build up my game time.”