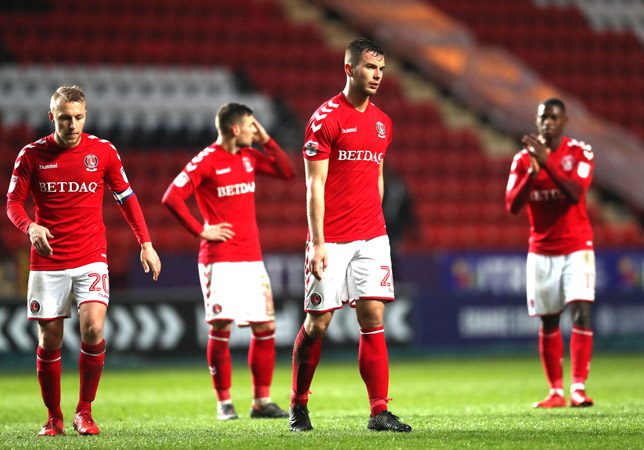 Charlton have the eighth-best defensive record in League One – but you would not have placed them that high on the basis of their late collapse in SE7 on Saturday.

The marking went to pieces in the closing stages as Oxford finished stronger down the straight and Ryan Ledson, impressive throughout, curled a winner past Ben Amos in the fourth minute of stoppage time.

Only Bradford, Plymouth and Oxford United have conceded more goals at home than the Addicks in the top half of the table and even three of the current bottom four – Milton Keynes, Rochdale and Bury – have also kept it tighter on their own patch.

Only five clubs have a better defensive record away, which suggest that Charlton are more cavalier at The Valley. Teams are countering them and gaining their rewards.

Addicks manager Karl Robinson piled the criticism on his attacking players for not tracking back in the closing stages and certainly Ledson and Todd Kane had little pressure on them as they crashed strikes past the helpless Amos.

But there had been a vulnerability even before that. Former Charlton loanee Jon Obika had caused plenty of problems – hitting the crossbar with a looping volley before injury forced him off on 33 minutes.

The Addicks were all at sea defensively in the closing stages and that lack of composure and stability was punished.

With Jay Dasilva so adventurous at left-back, that side of the pitch can often be a vulnerability.

But if the on-loan Chelsea man had not been so advanced then Charlton’s second goal would not have arrived. He dispossessed Kane near the byline and rolled in a cross for the sliding Josh Magennis to score his sixth goal of the campaign and first since November 18.

Similar hounding from Tariqe Fosu led to the home side taking the lead just past the hour mark. He closed down an Oxford defender and although Magennis was denied on the edge of the box, Algerian midfielder Ahmed Kashi determinedly powered onto the loose ball to just beat Simon Eastwood.

Former Millwall winger James Henry – a transfer target for Charlton when they were a Championship outfit – produced a precision finish in the 76th minute.

Charlton’s substitutions failed to make an impact. If we are being kind, both Sullay Kaikai and Michael Zyro have badly lacked minutes. Judging them so early in a red-and-white shirt would be folly.

With Bradford and Peterborough both losing, this ninth reverse of the league season was not a disastrous outcome.

But the Addicks do need to strike a better balance at home between attack and defence. Gillingham boss Steve Lovell recently spoke about exploiting the gaps left when the South Londoners bomb forward – and Oxford managed to do exactly the same.