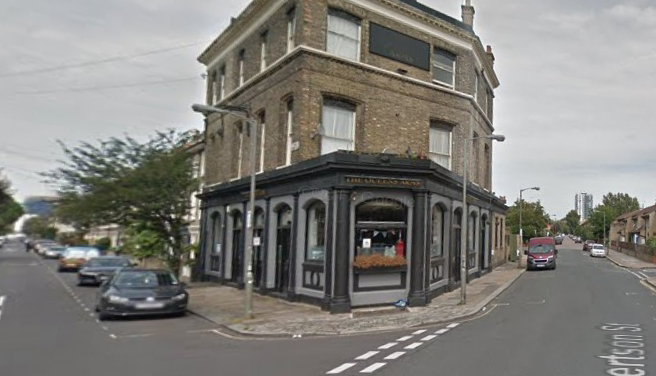 A pub is set to reopen after council planners approved an application to extend it.

The Queen’s Arms, a Victorian-era pub in St Philip Street, Battersea, closed two years ago and has been empty ever since.

A previous application to turn it into a shop was withdrawn because the council has placed an Article 4 direction on it to protect it. Wandsworth was the first local authority to use Article 4 Directions to protect its most important pubs from redevelopment as shops or homes. It means changes have to go through the planning process, rather than being automatically allowed under ‘permitted development’ rules.

The Queen’s Arms was built in 1865 to serve the residents of the new Park Town Estate. The application approved on Wednesday, August 22 will see the basement and ground floor remain as a public house. An extra storey will be added to create a three-bedroom flat. The first and second floors and a new side extension will be turned into four flats.

The local community was consulted on the scheme and the majority of responses were in favour – one neighbour wrote that “with some love and care it can be brought back to its former glory”.

The Campaign for Real Ale (Camra) has welcomed an initial lease agreement between the applicant and a pub company which “already operates two excellent pubs in Lambeth and thus are a viable pub company with a proven track record”.

Committee chairman Cllr Will Sweet said: “While we were aware of concerns about the loss of ancillary living space above the pub, we agreed with Camra that getting the pub back into use was a priority. We feel that the extensions agreed have preserved the character of this much-loved pub and we look forward to it being at the heart of the community again.

“Through our pioneering use of Article 4 Directions we have made it clear that we are determined to protect pubs and prevent them from being turned into shops, homes and mini supermarkets.”

In all 120 Wandsworth pubs have been protected by Article 4 Directions. They include The Alma, The Ship and The Cat’s Back in Wandsworth, The Bricklayers Arms and Arab Boy in Putney, The Plough, Falcon and The Beehive in Battersea, The Selkirk, Trafalgar Arms and Wheatsheaf in Tooting and the Bedford, Regent and Prince of Wales in Balham.

Some pubs that are currently closed have also been given protection, including the White Lion in Putney High Street and The Brewery Tap in Wandsworth High Street. It is hoped this will give an added incentive to the owners to bring them back into use.

Recently the council forced a developer to rebuild the Alchemist Pub in Battersea brick-by-brick after it was unlawfully demolished.

One thought on “Cheers! Pub is set to reopen after council agrees to extension”