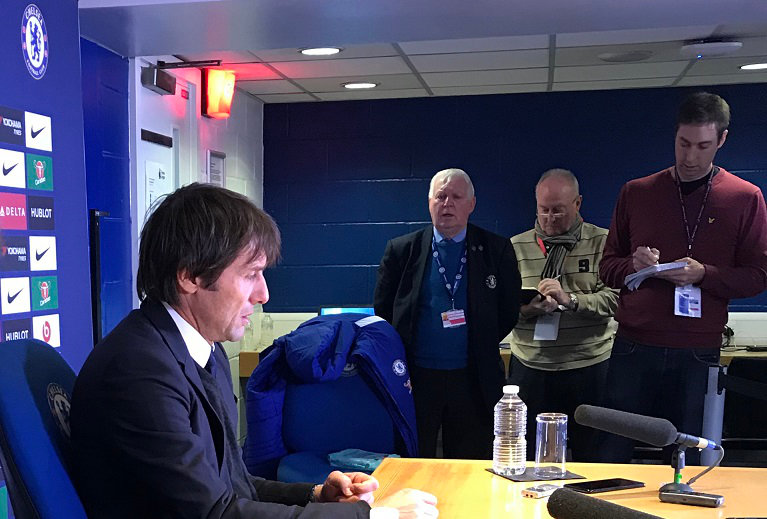 Antonio Conte has conceded that Chelsea’s defence of their Premier League title they won so handsomely last season is now beyond them – in fact, he said, it never got started.
The Blues’ humbling defeat to relegation-haunted West Ham United this afternoon was another nail in their coffin to go along with the one hammered in by Burnley, Manchester City and bottom three side Crystal Palace as they dropped maximun points to them also..
The Italian said: “To speak about the title race after a defeat is a bit strange, especially if this is the fourth defeat of the season, after 16 games.
“After 16 games, if you lose four it means you never got started. We started with a defeat at home to Burnley. We lost another game, against Man City, but we have reasons to justify that. Then when you lose to Crystal Palace, who were bottom, and West Ham, who are in a bad position, you can lose points in these games but it means you are not in the title race.”
Chelsea lost to a Marko Arnautovic seventh minute strike.
Next up for the Blues is a tricky match away against Huddersfield Town with an 8pm kick-off.