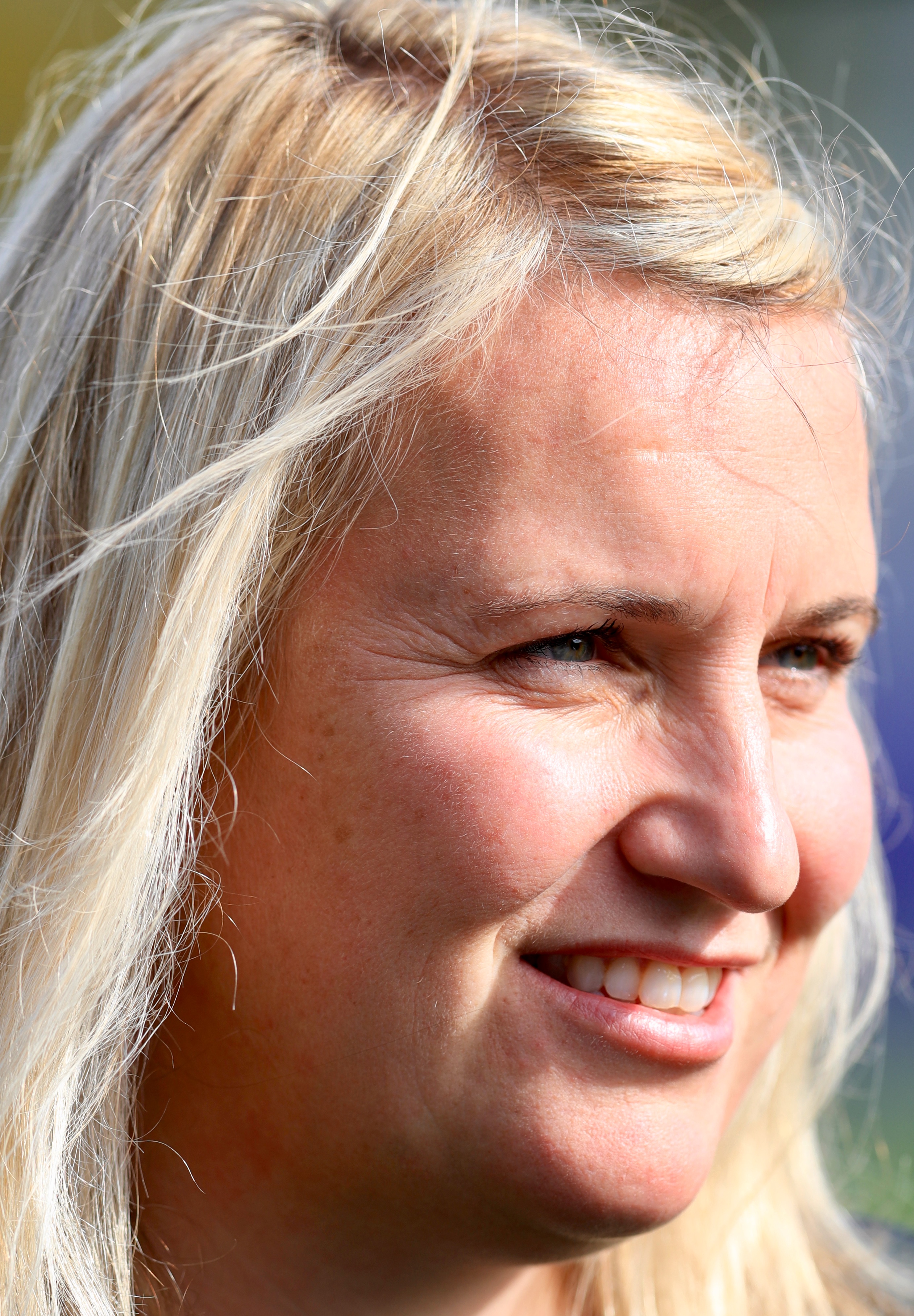 Chelsea boss Emma Hayes has revealed that she never had any intention of becoming England manager – her new contract with the Blues was lined up long before Mark Sampson’s sacking by the FA.
Speaking after her side’s 6-0 rout of Yeovil Town this afternoon, at home at Kingsmeadow, Hayes said: “I was never in contention for the England job. I was always going to be at Chelsea. I’m very happy that finally that we can close that chapter and I can get on with my career here.
“To be honest with you the contract was already decided on before the Euros. I was always going to be staying here. it just happened to be a timely announcement that it came after the dismissal of Mark Sampson.”
Hayes is a single-minded manager who knows that if you don’t concede a goal, you don’t lose matches – and she is determined not to lose matches.
“We take one game at a time,” she said.
“It was a good home performance, but it was expected. We are top of the league, Yeovil are at the bottom, and I don’t think there was a surprise about the outcome. “I’m happy we had another clean sheet – that’s what we pride ourselves on. I’m happy that players can come into the team and produce a performance – we were 4-0 up within 20 minutes and that’s not easy against any opposition.
“It’s hard to maintain that throughout, but the team are working collectively to ensure that we are the most difficult team to beat this season.”
While expecting to win, Hayes was more anxious about action closer to her own goal.
“I was far more concerned about conceding a goal,” she admitted.
“Goals matter of course. But it starts to matter when you have the goals against column. Man City scored four against them, we scored six. So far, we have demonstrated that our goal difference is heading in the right direction. But football isn’t that easy even though we created lots of chances.”
The pressure on players to perform to stay in the side is growing by the game and Hayes actively encourages it
“Players have to accept that they are at this club which is competing on four fronts,” she said.
“They have to fight hard in training every day to put themselves in my thoughts and be ready when called upon.”
One player certainly in her thoughts is striker Eni Aluko – and Hayes was happy with her two goals and titled.
“I think it’s time for her to move forward and everyone else to move forward,” she said.
“Let’s leave it in the hands of the FA and the parliamentary committee to make their recommendations going forward. I was very proud of her performance today.”